The Emeritus Trustee designation, created in 2018, pays tribute to outstanding former trustees and recognizes their institutional memory of the NJC and its development, community reach, economic well-being and importance to the legal community. Emeritus trustees are invited to board meetings (as non-voting members) and to events at the direction of the current chair or president. 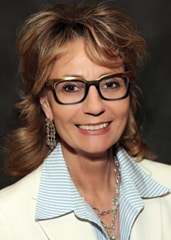 Marybel Batjer has joined California Strategies, a lobbying firm. She previously served as the first secretary of the California Government Operations Agency (CalGovOps). She held senior leadership posts as chief policy adviser to Schwarzenegger and as chief of staff to Nevada Gov. Kenny Guinn of Nevada. Additionally, she served as special assistant to the secretary of the Navy during the George H.W. Bush administration and as President Reagan’s special assistant for national security affairs. She has served on various boards and commissions and has been nationally recognized for her leadership in public service. She received her bachelor’s from Mills College in California and studied international public policy at the graduate level at Johns Hopkins University. She also studied national and international security at Harvard University’s John F. Kennedy School of Government.

Hon. Janet Berry (Ret.), the first Nevadan to serve as chair of the NJC Board of Trustees, has taught in more than two-dozen courses at the College and in 2000 received the Nevada District Judges Association Distinguished Jurist Education Award for her outstanding commitment to judicial education. Judge Berry co-hosted a weekly television show from 1994 to 1999, “The Language of Law,” which educated the public about the justice system. Judge Berry received her bachelor’s in criminal justice from California State University at Sacramento and a J.D. from Tulane University. She received a Master of Judicial Studies from the NJC in 1997. 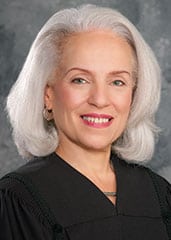 In 1992 Hon. Sophia H. Hall became the first woman to serve as the Presiding Judge of any Division or District of the Circuit Court of Cook County, Illinois. She also became the first woman in 20 years to serve in the Criminal Division and then in the Chancery Division. She now serves as the Administrative Presiding Judge of the Resource Section of the Juvenile Justice and Child Protection Department of the Circuit Court of Cook County. Judge Hall received her J.D. from Northwestern University School of Law and her bachelor’s from the University of Wisconsin at Madison, Wisconsin.

William H. Neukom founded the World Justice Project in 2006 and went on to own the San Francisco Giants major league baseball team from 2008-2011. A past president of the American Bar Association, he worked as executive vice president of law and corporate affairs at Microsoft. In that role he became the company’s first general counsel and managed the company’s legal, government affairs and philanthropic activities. He is known for being instrumental in securing the landmark legal victory in the Apple Computer v. Microsoft Corporation case (1988-1995), which concerned the graphical user interface used in Microsoft’s Windows operating system. He received his bachelor’s degree from Dartmouth College in 1964 followed by a J.D. from Stanford Law School in 1967. 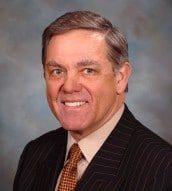 Philip G. Satre has served in leadership roles in the gaming industry for more than 25 years, including as chairman and CEO of Harrah’s Entertainment, Inc., Wynn Resorts Ltd. and International Game Technology (IGT). He also chaired Nordstrom Inc., the National World War II Museum and the Kenny Guinn Center for Policy Priorities, and he was director of the Nevada Cancer Institute. He received his J.D. from the University of California, Davis in 1975 and a Bachelor of Psychology from Stanford University. He attended the Senior Executive Development program at the Massachusetts Institute of Technology’s Sloan School of Management. 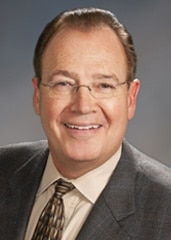 Mark G. Tratos is the founding shareholder of Greenburg Traurig LLP’s Las Vegas law office, home of the largest group of entertainment attorneys in Nevada. He has represented world-famous artists such as Ozzy Osbourne and David Copperfield and boxing world champion Floyd Mayweather Jr. He received his bachelor’s in political science from the University of Nevada, Las Vegas in 1974 followed by a J.D. from Lewis and Clark Law School in 1979.