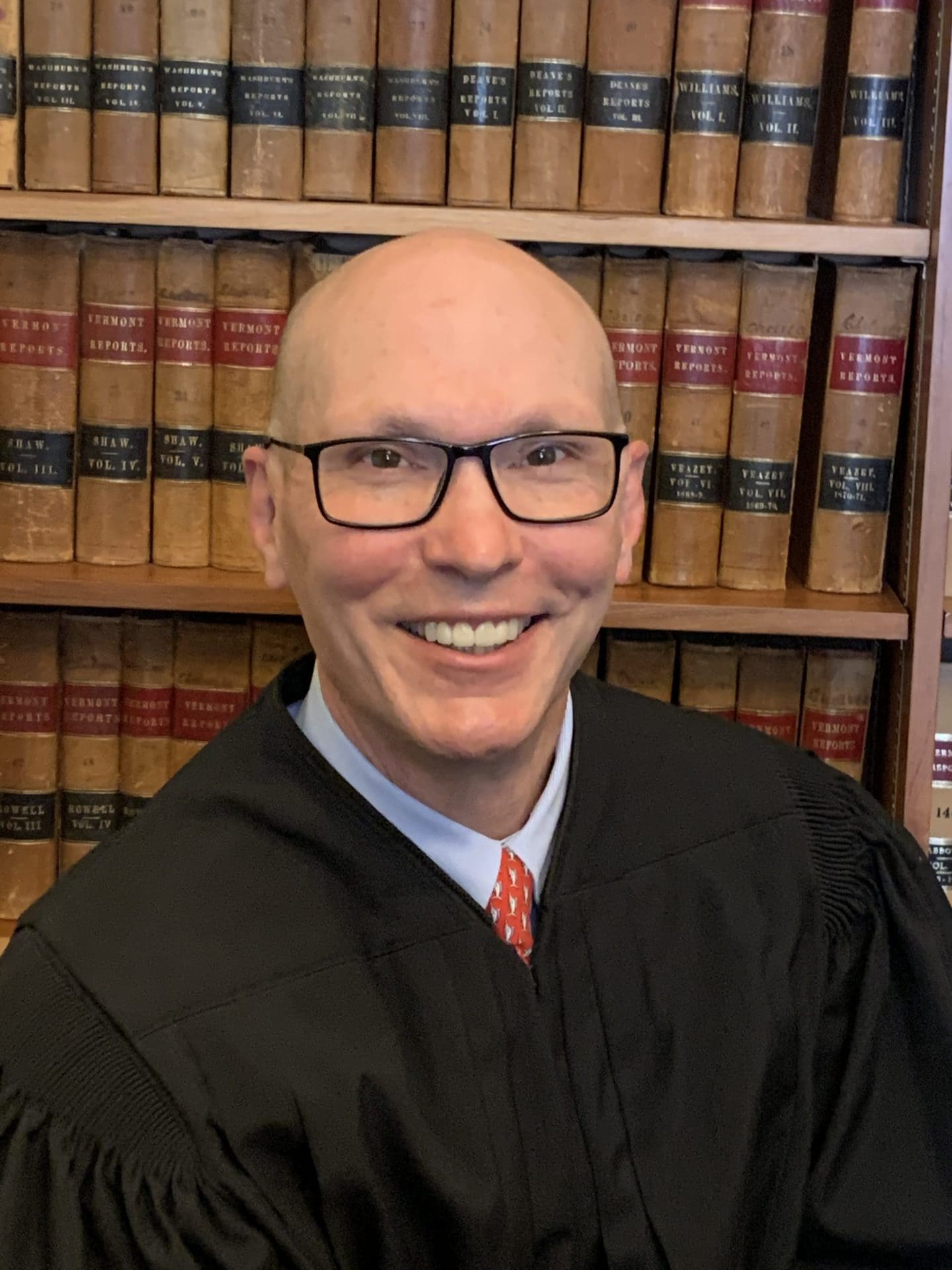 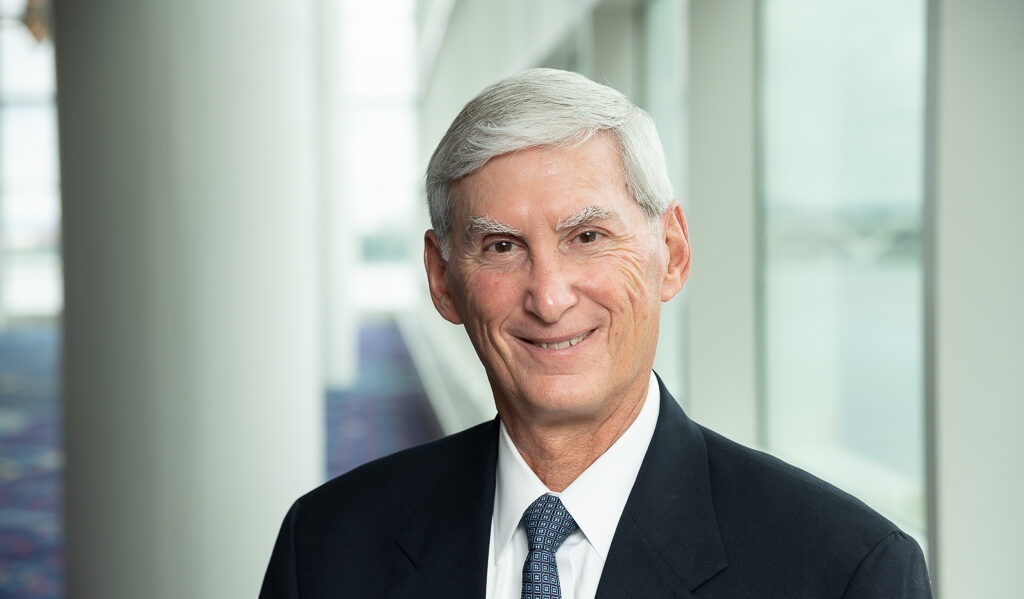 Since 1997, Judge Neil Edward Axel has served as Associate Judge of the District Court of Maryland, where his jurisdiction includes criminal misdemeanors, traffic and alcohol-related offenses, domestic violence, and civil actions where the amount in controversy was less than $30,000. In addition to his regular judicial duties, Judge Axel served as the Judge-In-Charge of a Drug Treatment Court and DUI Court program and served as Co-Chair of Maryland’s Judicial Conference Committee on Problem Solving Courts. Throughout his judicial career, Judge Axel has been actively involved in judicial education, and for 15 years served on the Board of Directors of Maryland’s Judicial College, overseeing, and developing judicial education for Maryland’s trial and appellate judges. He served for 14 years on the Commission on Judicial Disabilities’ Judicial Inquiry Board screening complaints regarding judicial conduct, and as a member of Maryland’s Special Committee to Review the ABA Revised Code of Judicial Conduct from 2007 to 2009. Currently, Judge Axel serves the District Court of Maryland as a Senior Judge. In 2018, he was selected to serve as the ABA National Judicial Fellow for traffic safety issues. Judge Axel graduated from Syracuse University with a Bachelor of Science Degree in Business Administration before attending law school at American University’s Washington College of Law. In 2016, Judge Axel received the American Bar Association Judicial Division Franklin N. Flaschner Award for judicial excellence, character, and leadership. In 2005, he was recognized by the Maryland State Bar Association with its Judge Anselm Sodaro Judicial Civility Award. He is a member of the American Bar Association and the National Association of Drug Court Professionals, and joined the faculty of The National Judicial College in 2013. 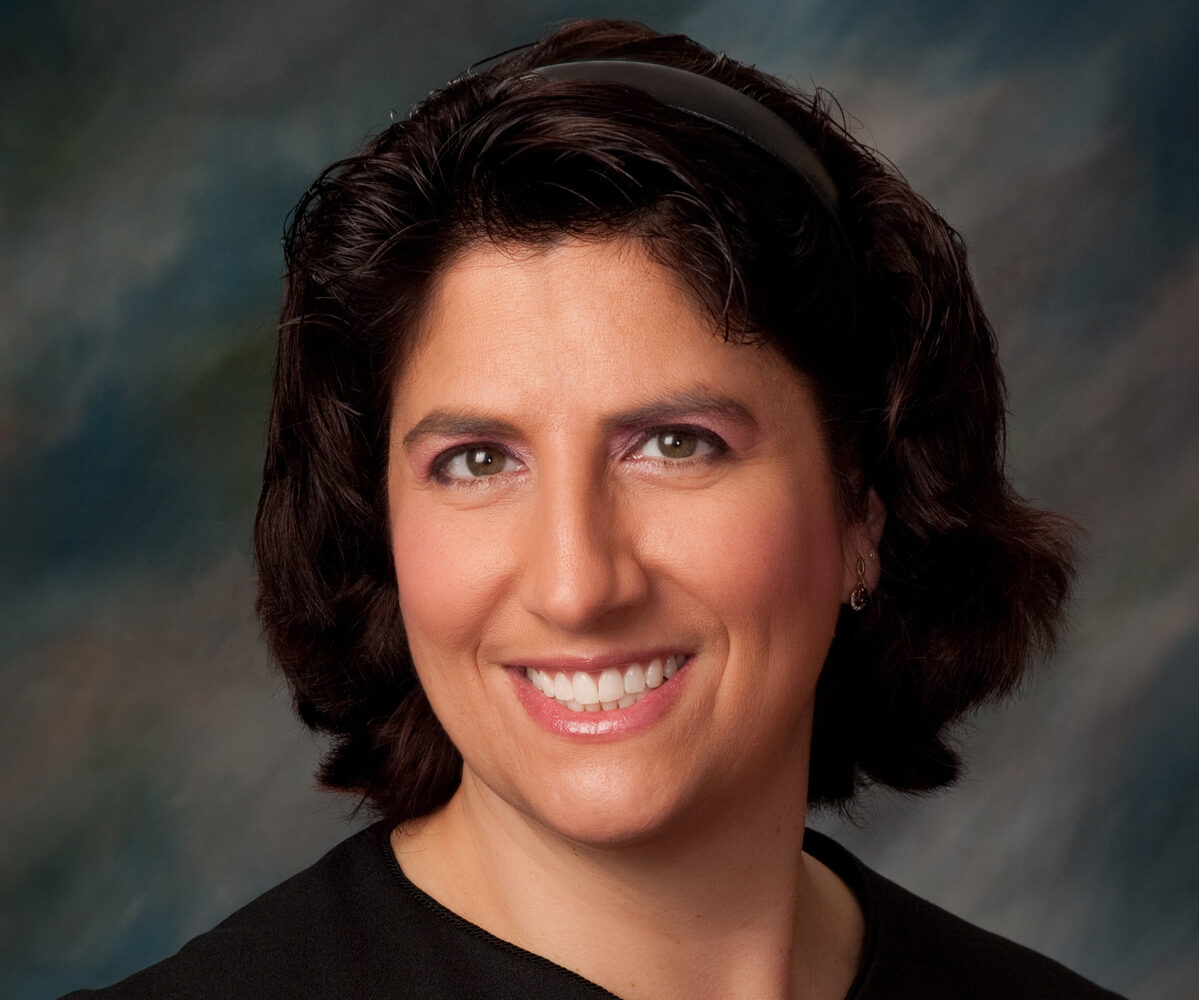 Judge Jones wrote “One-Shotters or Have-Not’s Should Come Out Ahead In the District of Columbia’s Private Sector Workers’ Compensation System But Do They?” and “Why Proving a Work-Related, Psychological Injury Claim Stresses You Out,” both published in volume 41 of the Journal of the National Association of Administrative Law Judiciary. She also wrote “Injecting Fault into a No-Fault System: The Aggressor Defense in District of Columbia, Work-Related Fight Cases” in volume 32 of the Hofstra Labor and Employment Law Journal, “Why Did You Do That? Confessions of a Master of Judicial Studies Graduate” in the 2014/2015 edition of Case In Point, and “Success in the Practice of Administrative Adjudication” in the July/August 2010 edition of The Washington Lawyer. In addition to reviewing and improving several textbooks, she also was a contributor to Black’s Law Dictionary, Dictionary of Legal Usage, Modern American Usage, and Reading the Law: The Interpretation of Legal Texts (a book about statutory construction by co-authors Bryan A. Garner and Justice Antonin Scalia.) 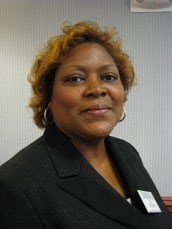 Judge Ilona Holmes was a circuit judge assigned to the criminal division, in the Broward Circuit Court for 24 years before retiring on December 31, 2018. She was appointed first as a county court judge in 1995 and since 1998 has been a circuit judge serving in the criminal division of the Broward Circuit Court from 1998 to 2003. She served in the circuit civil division of the court from 2003-2005. Judge Holmes returned to the criminal division in 2005. She served as the administrative judge for the criminal division from 2008-2010. Previously, she served as a county court judge, an assistant United States attorney and an assistant state attorney in Miami-Dade County, Florida. Judge Holmes attended Stetson University and graduated from Florida Atlantic University with a bachelor’s degree in political science. She earned her Juris Doctor degree from Texas Southern University’s Thurgood Marshall School of Law. Judge Holmes also attended Florida Atlantic University and Florida International University and worked toward a doctorate in public administration. She has taught courses at the University of Fort Lauderdale, Nova Southeastern University, St. Thomas School of Law, Florida’s New Judges College, Florida International University and the University of Mississippi through the National Center for Justice and the Rule of Law. She continues to serve on numerous boards and committees in the Florida court education system. On January 4, 2019 she was appointed to her new position as the President of the University of Fort Lauderdale, a small private university in Lauderhill, Florida. Judge Holmes was inducted into the Broward County Women’s Hall of Fame in March 2010. Judge Holmes was elected to the National Judicial College’s Faculty Council in 2018 as a member at large. She is an alumna of The National Judicial College and joined the faculty in 2008. 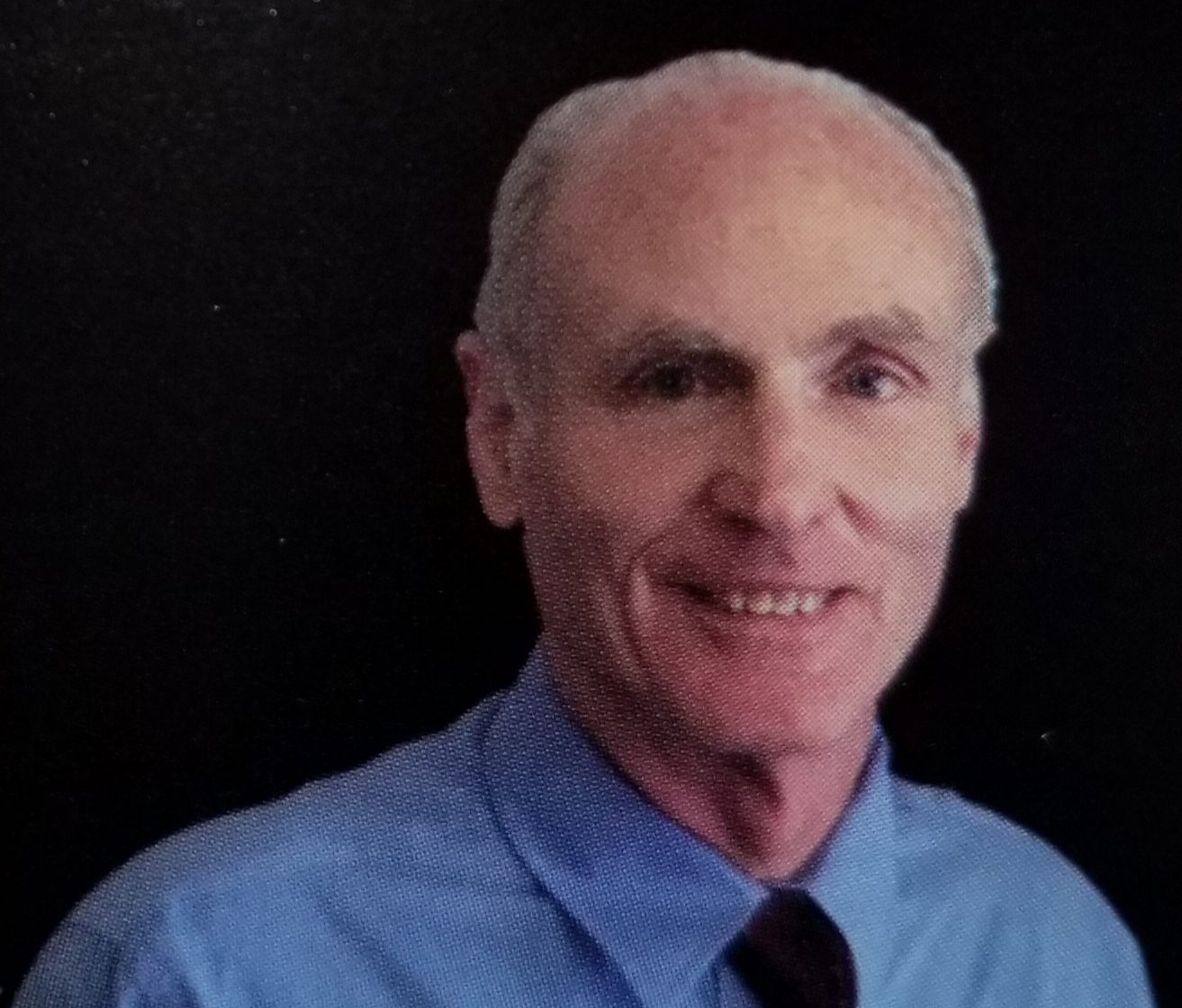 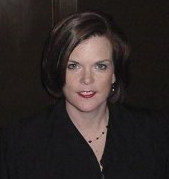 On June 30, 2018, Judge Harrington retired from the bench after serving two terms. She is a certified mediator and a certified arbitrator, owning her own Alternative Dispute Resolution practice. She is honored to be on the American Arbitration Association Judicial Panel. She is the Judicial and Legal Content Specialist at Darkness To Light, a non-profit organization that educates adults on how to identify and prevent child sexual abuse.

During her tenure on the bench, she tried to verdict over 250 jury trials and completed numerous non-jury criminal and civil matters. She was appointed to the Governor’s Task Force on Violence Against Women as the sole circuit judge, working to reduce the number of assaults and deaths of women in the state. She also served on the Common Pleas Docket Reform Committee and was part of the McArthur Foundation grant to reduce incarceration rates.

Judge Harrington has also taught locally, statewide, nationally, and internationally. She has presented statewide on such topics as child sexual assault prevention and prosecution. Judge Harrington is a Distinguished Visiting Professor at the Charleston School of Law where she teaches a variety of classes, such as Advanced Evidence, Criminal Procedure, Trial Advocacy, and Alternatives to Incarceration. At Strayer University, she teaches a Business Law class to MBA students.

In 2012, Judge Harrington was honored to be selected as faculty for the National Judicial College in Reno, Nevada. She currently teaches Select Issues in Evidence and has designed a class specifically to train new judges as they transition to the bench. She has presented on topics such as child witnesses and special victim consideration. She is currently serving on the Faculty Council of the NJC. After working towards her Master’s Degree in Judicial Studies, she received her Certificate in Judicial Development in General Jurisdiction Trial Skills. 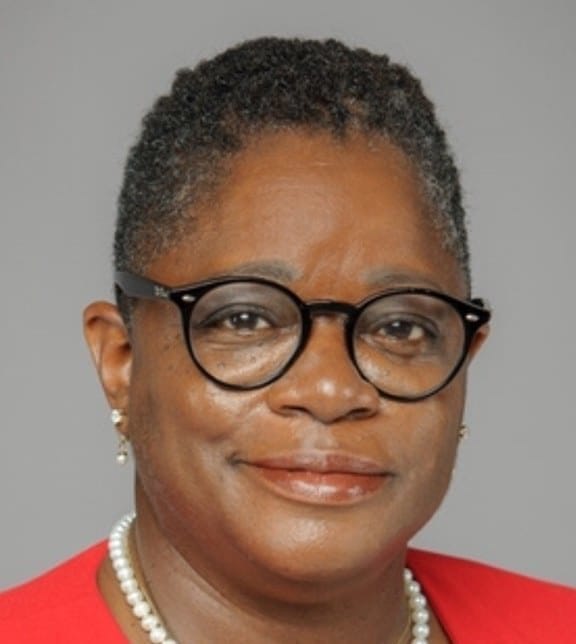 Phillys Williams Kotey, senior judge, is a clinical professor of law and director of externships and pro bono programs at Florida International University College of Law. As director of the legal externship program, she has assisted students in judicial, civil and criminal placements at the local, state and national levels. She has facilitated student initiated pro bono service in Columbia, South America and around the country including New Orleans after Hurricane Katrina. In 2012, she was selected as a Fulbright U.S. Scholar for the 2012 – 2013 academic year in Accra Ghana. Prior to 2012, she served as Interim Director of the Office of Career Placement and Planning. As director of the Juvenile Justice Clinic, she developed the delinquency, educational advocacy and dependency clinics. She has taught Criminal Procedure, Children and the Law, the American Caribbean Law Initiative Seminar and Community Law Teaching (Street Law in the Miami-Dade Juvenile Detention Center). She also teaches bar preparation courses in the areas of Florida Constitutional Law and Florida Criminal Procedure.

“Prior to joining FIU College of Law, Judge Kotey earned a distinguished record of service to on the bench and to the bar. She is a member of numerous bar associations and has served as president of the T J Reddick Bar Association in Broward County and the Josiah T. Walls Bar Association in Alachua County. She is the coauthor of “Selected Issues” in the Florida Prosecutor’s Manual (1984). She is author of “Public Financing for Non-Partisan Judicial Campaigns: Protecting Judicial Independence While Ensuring Judicial Impartiality,” 38 Akron Law Review 597 (2005) and “The Real Costs of Judicial Misconduct: Florida Taking a Step Ahead in the Regulation of Judicial Speech and Conduct to Ensure Independence, Integrity and Impartiality,” 31 Nova Law Review 645 (2007). She wrote a chapter entitled “Judging Under Disaster: The Effect of Hurricane Katrina on the Criminal Justice System” for the book Hurricane Katrina: America’s Unnatural Disaster for the University of Nebraska Press (2009). She also authored the 2009 and 2011 updates on “Adjudicatory Hearings in Delinquency Cases” in Florida Juvenile Law and Practice. In Alachua County, she served as chair and vice chair of the Children Services Council was on the Board of Directors of PACE Center for Girls, Pleasant Place Home for Homeless Teen Mothers and ACORN Clinic. In Broward County, she was a volunteer with STARS Academy (a foster care mentoring program) and serves on the Board of Directors of HANDY. She is vice president of the Broward County Alumnae Chapter of Delta Sigma Theta Sorority, Inc. She holds a B.A., M.A., and J.D. from the University of Florida. She is an alumna of The National Judicial College, joined the College’s faculty in 2001, and is currently serving her first term on the NJC Faculty Council representing Special Courts. 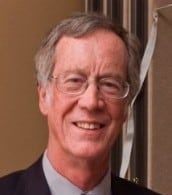 Judge Robert E. McBeth served as a judge for the King County district court in Seattle, Washington for 24 years, retiring in 2005. Previously he practiced law for 10 years, specializing in family law, land use, and criminal misdemeanor defense. Judge McBeth received his bachelor’s degree from Washington State University and Juris Doctor from the University of Washington. He has been teaching the Fourth Amendment, criminal practice, and judicial ethics at Washington Judicial conferences for 25 years. He is past president of the Washington State District and Municipal Court Judges Association and named 1999 Judge of the Year by the Washington State Trial Lawyers Association. He is author of the “Washington Search and Seizure Deskbook” originally prepared in 1990 and updated each year. Judge McBeth is an alumnus of The National Judicial College, previously served as a member of the College’s faculty council, and joined the faculty of The National Judicial College in 2000. He previously served as a Judicial Fellow of The National Judicial College, presenting “Commercial Driver’s License: Laws and Enforcement” to all 50 states. 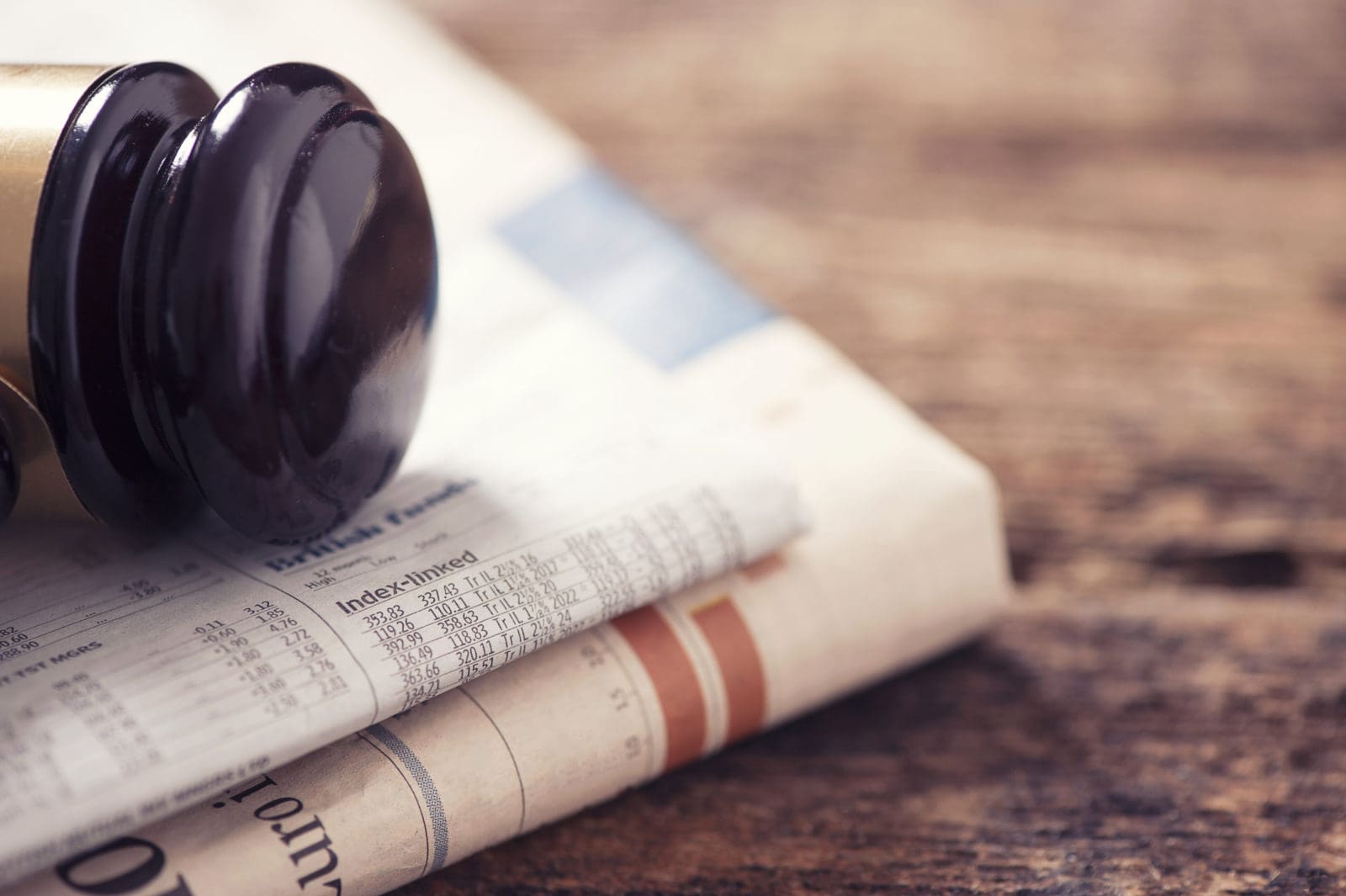 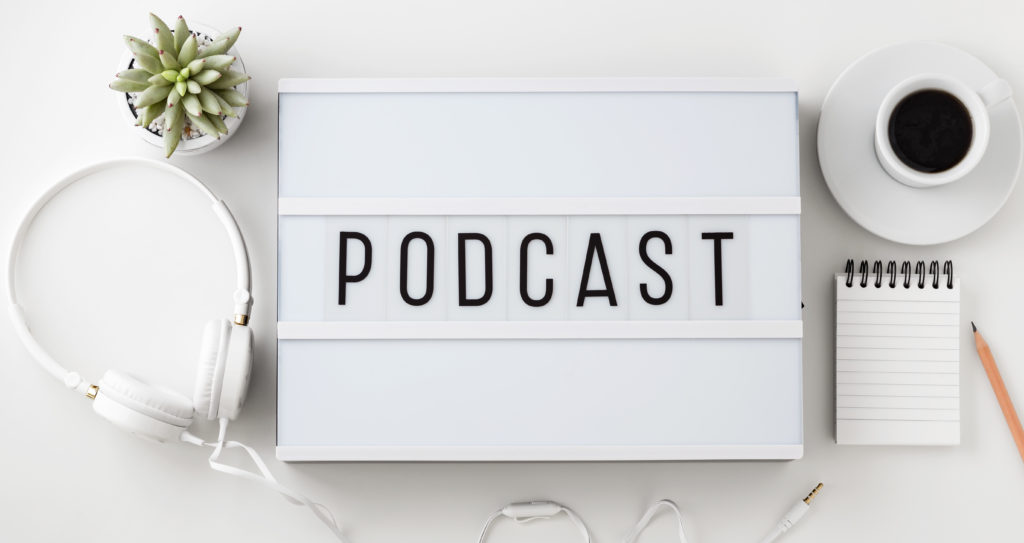 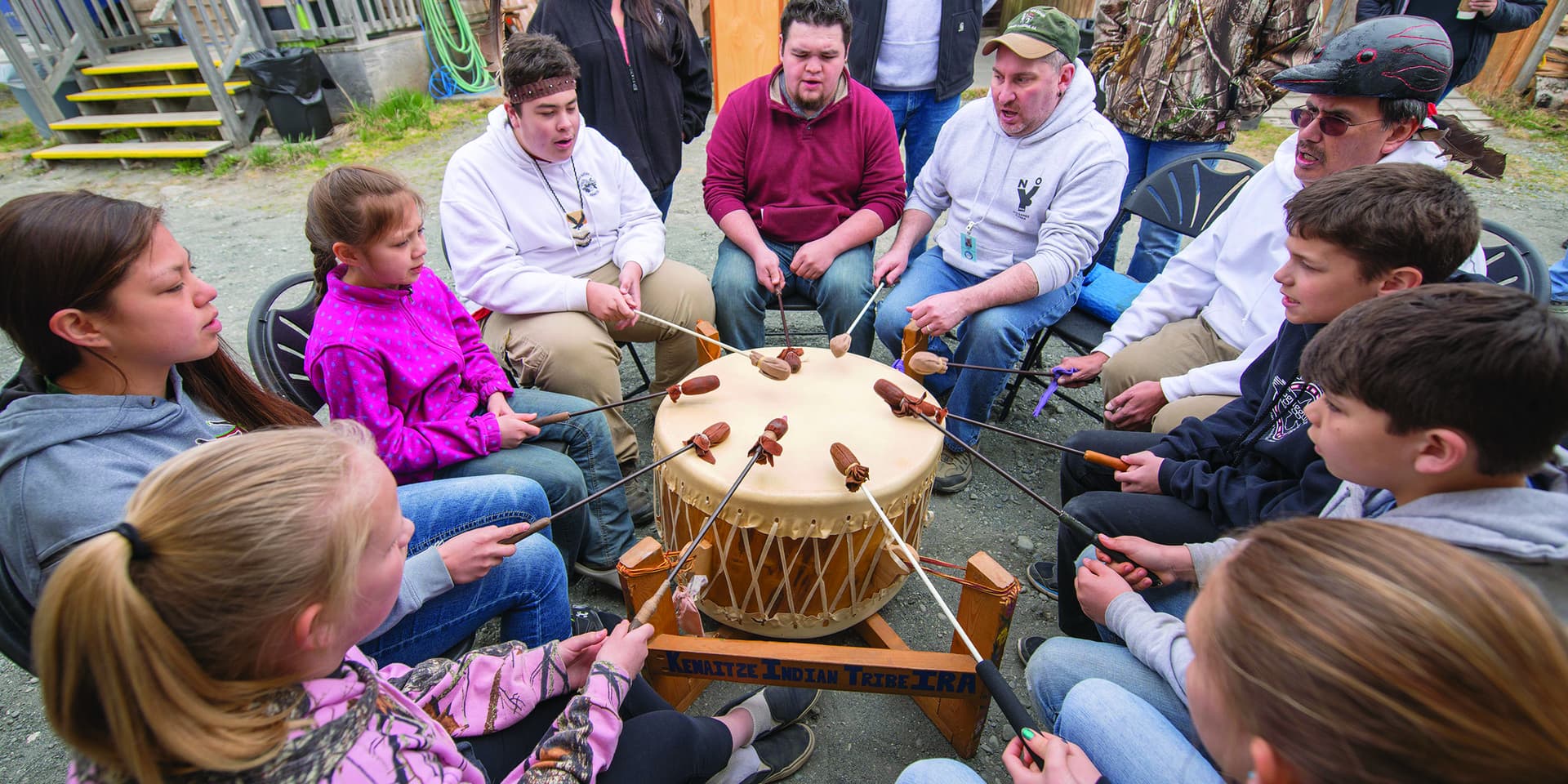