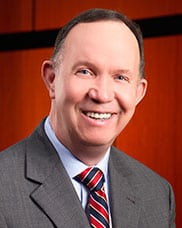 The state summit, hosted by Governor Sandoval and First Lady Kathleen Sandoval, will be held from Aug. 31 to Sept. 1 at the MGM Grand in Las Vegas. Schmucker will be a panelist for discussion on the second day of the summit on Thursday during breakout sessions four and five from 10:45 a.m. PT to 2:30 p.m. Also joining that panel will be Hon. Lidia Stiglich of the Nevada Second Judicial District Court, Washoe County.

The Governor’s summit will gather experts in all related fields to discuss policies to curb a growing prescription drug and opioid epidemic while also updating the community on existing laws put into place as a result of the 78th Legislative Session and Nevada’s Strategic Prescription Drug Abuse Prevention Plan.

“Opioid addiction is a scourge, effecting every state in the union,” Schmucker said. “We’re honored to join the Governor’s efforts in combatting opioid addiction. This problem needs a coordinated, state-wide solution.”

Schmucker will be speaking during breakout sessions four and five during the second day of the summit. Both sessions will focus on the Sequential Intercept Model, which emphasizes the implantation of interventions to divert individuals from the criminal justice system by linking them to treatment and support services.

Schmucker is in his third year as the President of the National Judicial College after joining the NJC in 2014. A former state court administrator, Schmucker managed 246 trial courts across the state of Michigan. He also spent twenty years on the bench as a circuit court judge, working to reform Michigan’s judicial system. Schmucker graduated from the University of Michigan, receiving a BBA with honors, and from Wayne State University Law School.

The summit will be held from 8:30 a.m. to 4:30 p.m. each day, consisting of multiple breakout sessions related to four priority topics. Schmucker will be joined by numerous experts in fields related to the topic.

In addition to partnering with the Governor for the state summit, the NJC will also be leading efforts on this topic by hosting a panel discussion, Drugs in America Today, on Oct. 10 in Las Vegas. The discussion will focus on the neurology of addiction, how courts view opioid addiction, what legal and medical experts are learning about opioids and what the future holds.

The Drugs in America panel discussion will be held on Monday, Oct. 10, at the Green Valley Ranch Resort and Spa from 5 to 7 p.m. PT. Admission to the panel is free, while space is limited to the first 150 participants. The public can RSVP by email to njcdevelopment@judges.org.

The event will prelude What Judges Need to Know: Drugs in America Today, which is an NJC course that will be held in Las Vegas on Oct. 11. Nearly 40 judges, including over 20 from the state of Nevada, have enrolled in the three-day course.