“Be kind to each other.” This phrase closed many of Judge N. Patrick Flanagan’s messages for decades, and he meant it. In his courtroom, Judge Flanagan strove to treat each and every person, from defendants to court clerks to colleagues, with the dignity and respect they deserved. His reputation for politeness, honesty, and transparency in decision-making traveled far beyond the walls of the courthouse, influencing judges the world over. His enthusiasm for life, positive outlook, and caring nature was apparent in everything he did. 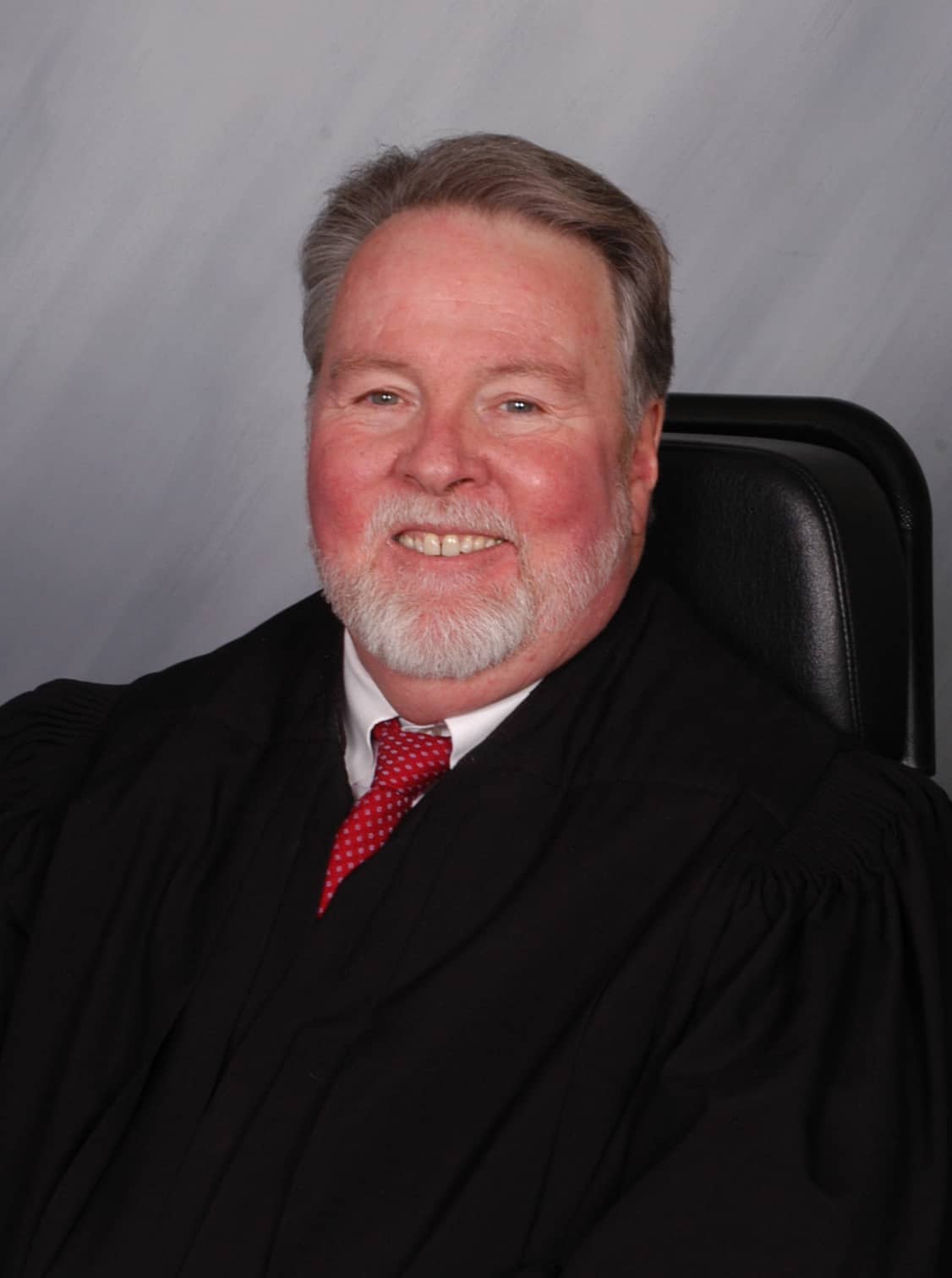 Judge Flanagan had his eyes set on the bench from the time he was 16. His wife, Caroline Flanagan, remembers him scouring used bookstores for law books even at that age because he loved the look of them. A romantic who knew what he wanted, he would spend the rest of his life with his two high school sweethearts: Caroline and the justice system.

He would go on to earn a bachelor’s degree in education from Duquesne University and his juris doctor from California Western School of Law in 1978. His career brought him to Reno, where he worked in the Washoe County Public Defender’s office as chief appellate deputy. In 1983, he became assistant United States Federal Public Defender for the Northern District of Nevada, appearing many times before the U.S. Court of Appeals for the Ninth Circuit.

He was lead counsel in the nation’s second longest criminal trial, U.S. v. Baker, which lasted sixteen months. In 1987, he argued a death penalty case, Sumner v. Shuman, before the Supreme Court of the United States—a rare opportunity in and of itself—and won. Judge Flanagan kept the program, the quill used to sign the verdict, and a picture of himself standing with his parents on the steps of the Supreme Court building framed in his chambers for the rest of his career.

Before his election to District Judge in Washoe County in 2006, his career led to cases that would ultimately stock his coffers full of riveting stories. There was the case of the sunken and supposedly gold-filled Japanese submarine, which was found a mile deeper than the Titanic without a trace of treasure. Then there was the speedboat that wasn’t actually the fastest on Lake Tahoe, as it had been advertised; the client who claimed to have discovered a cure for baldness that would “grow hair on a cue ball;” and the landmark case that determined who, exactly, owned the streets of Reno.

While Judge Flanagan’s career brought him ever closer to his dream of judgeship, he fathered two children, Erin and Sean, with Caroline, to whom he was married for 47 years. He was superlatively active and never met a sport he didn’t enjoy. He hiked, biked, skied, served as president of the Reno Tennis Club, and even competed in fencing and martial arts. A cycling accident in 2001 left Judge Flanagan partially paralyzed but only slowed him down temporarily. Within two years of the accident and in a wheelchair, he earned his third-degree black belt in Tae Kwon Do, breaking boards, blocks of cement, and any idea that he would let his disability act as a barrier to getting the most from life.

A chance connection to the Northern Nevada International Center resulted in the Flanagan family hosting many visitors from around the globe, even before Judge Flanagan’s accident. Dinner guests included dignitaries from the likes Japan and Italy. They even hosted an event with no fewer than 30 countries represented. While languages beyond his native tongue were not Judge Flanagan’s strong suit, the difficulty he had learning them lent him a special kind of empathy with visitors who struggled with English. His patience in this regard was the stuff of legend.

After being sworn in as a District Judge in 2007, Flanagan started taking courses at the National Judicial College of the University of Nevada, Reno. His passion for learning hadn’t ebbed since the days of collecting dusty law books, and he jumped at the chance to take more classes at the NJC. Not a quiet man nor one to keep his opinion to himself, it wasn’t long until Judge Flanagan began teaching courses himself.

His judgeship and connection to the NJC started a rewarding new chapter in his life, one that included additional work with the NNIC and the International Visitor Leadership Program. The IVLP is the longest-running diplomatic exchange program in the United States. Participants are handpicked because of their influence within their respective communities. Judge Flanagan was always eager to bring foreign judges into his courtroom and quickly gained celebrity status within the organization.

Visiting judges were fascinated by the differences in justice systems, which Judge Flanagan would patiently explain, always seeking genuine understanding in topics ranging from defendant’s rights to how the process of electing judges in America worked. He thoroughly enjoyed people and would happily clear his schedule for these visits. Nothing pleased him more than a good legal discussion over donuts in his office.

For Judge Flanagan, it wasn’t the differences between judicial systems that interested him but the similarities. Knowing that a judge in Iran was dealing with the same issues as he was made the world a smaller, friendlier place. He was seen as a model judge, an idol to be emulated. The U.S. Department of State sent the NNIC and NJC, a great many visiting judges over the years, knowing that Judge Flanagan would take care of them and solidify international relationships that would last a lifetime. In this regard, Judge Flanagan put Reno on the map.

Over 100 trials passed through Judge Flanagan’s courtroom in his tenure, which unsurprisingly included his reelection as District Judge in 2014, a unanimous election to Chief Judge of the Second Judicial District Court in 2016, and high rankings all the while. His dedication to the profession was second to none. Judge Flanagan felt his beliefs had no place in the courtroom. His duty, without question, was to the law.

This is not to say, however, that Judge Flanagan’s humanity was checked at the door with his beliefs. He once had a case with a young woman who had shoplifted diapers and formula for her baby. These cases always gave him pause. If shoplifting was the only way the baby could get those things, then surely the system wasn’t working properly. He made it a personal mission to see that people like this young mother got the resources they needed to get back on the right track, rather than one that would lead back to his courtroom.

When first elected to the bench, he commissioned a series of pieces by a local artist, who went to every city and town in Nevada and drew their courthouses in pen and ink, such was his veneration for the institution. These depictions shared the walls of Judge Flanagan’s office with maps of Nevada, posters of local flora and fauna, and historic photos from Nevada’s legal history. His court was a second family to Judge Flanagan, and he was dedicated to building a community within it.

This was a man who loved everything about his profession, took pride in his work, and felt a special connection to the State of Nevada, not to mention the whole of humanity. He always had a joke or “this day in Irish history” factoid to share. His personality was bigger than life, his heart larger than most. Judge Flanagan left an indelible mark on history and in the lives of everyone he touched. The world today is a kinder, smaller place thanks in no small part to his wisdom, generosity, and unwavering compassion.