The former state trial and appellate judge with 22 years of experience on the bench titled her lecture “Becoming a Good Judge,” and she concluded with 11 tips (condensed below) on how to accomplish that.

She devoted most of the lecture to urging judges to stay involved in their communities and not become “judicial couch potatoes.”

1. Encourage lawyers to educate you on the issues of the case.

It is OK to say you are new to the subject matter – no one expects you to be an expert. You are a judge of general jurisdiction for a reason, and lawyers will respect you for not trying to fake what you don’t know.

2. Allow lawyers to make their record, even if you are feeling antsy about the time and ready to move on.

I didn’t realize the importance of this until I became an appellate judge and the records simply didn’t always match up to the arguments – sometimes on account of an impatient trial judge.

3. Make it a habit to read appellate opinions, and stay ahead on legislation and jurisprudence in your areas.

As you know, there’s never enough time to read up when you’re in the middle of a motion, hearing or trial.

4. Now that you’re up to date on the judicial ethics rules, share them with lawyers who do not know them as well as you do.

Consider offering knowledge on the judicial conduct code to lawyers, as everyone is looking for ways to get their ethics credits.

5. Set your ground rules early when it comes to discovery practice.

If the lawyers believe you are in control, they will get along better, and your role as referee will take up less of your precious time.

Facebook and similar friend-based apps should specifically be avoided.

7. Take advantage of opportunities to chat to jurors after the case is over.

It will help to make you a better judge, and you will also be able to give constructive feedback to lawyers if they are interested.

8. Try to avoid taking issues under advisement if it is possible.

As much as I loved writing opinions as a trial judge, I found there to be little time to do so.

9. Make collegiality between you and your judicial colleagues a priority, and develop a support system on and off the bench.

While you’re at it, get exercise. There will be days when the stress of it all seems like too much to handle. Trust me, it will help a lot.

10. Step up your mentoring.

Going for a walk with or taking a young lawyer out to coffee might be the most thrilling moment of that lawyer’s career thus far. It will also get you out of the courthouse and into the fresh air for a healthy break.

There’s almost always something you can say that is a matter of public record. If not, just consider a question as an opportunity to educate the media as to why you are unable to discuss the case. 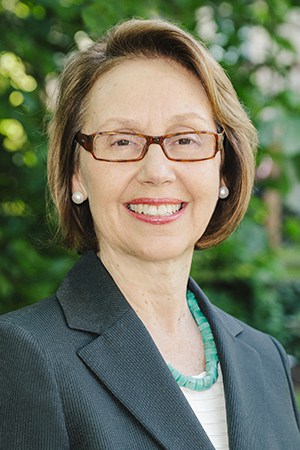 A former federal prosecutor, in addition to her work as a state trial and appellate judge, Ellen Rosenblum was first elected to a four-year term as Oregon’s 17th attorney general in 2012 and was re-elected to a second term in 2016. Her priorities include consumer protection and civil rights – advocating for and protecting Oregon’s children, seniors, immigrants and crime victims and those saddled with education-related debt. She is committed to assisting district attorneys and local law enforcement in prosecuting elder abuse and complex crimes and has made crimes against children as well as consumer internet privacy high priorities.