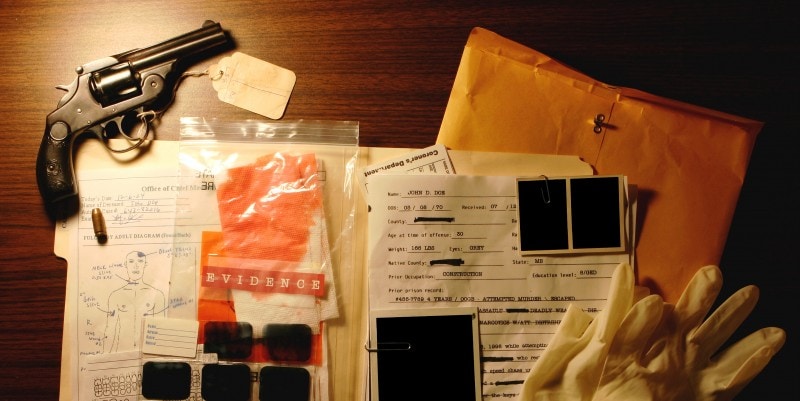 Cataclysm or bump in the road? What the PCAST report means for the future of forensic evidence
December 16, 2016

A government report questioning the validity of many kinds of forensic evidence rattled the judiciary when it was released in September. The report called into question several forensic practices, such as fingerprinting, that have long been used to send people to prison or acquit them.

Now crime-scene experts and judges are weighing in on what the report’s findings mean. Some say judges need to heed its warnings while others argue that the findings should mostly be ignored.

The report, “Forensic Science in Criminal Courts: Ensuring Scientific Validity of Feature-Comparison Methods,” published by the President’s Council of Advisors on Science and Technology (PCAST), assessed the reliability of evidence from latent fingerprints, firearms, footwear, bite marks, and single-source and mixed samples of DNA. And the authors found plenty of cause for concern. For instance, they conclude that no evidence exists that footprints can be reliably matched to a particular pair of shoes.

In his article “POTUS, PCAST and Forensics,” Jules Epstein, an alumnus and member of The National Judicial College faculty who also teaches at the Temple University Beasley School of Law, summarizes four key findings of the report, in addition to the debunking of footprint reliability:

Applying the findings in court

Responses to the report have varied widely.

Numerous judges and forensic experts have echoed the concerns of the authors. Jennifer Mnookin, dean of the UCLA School of Law and an advisor to the President’s Council, said in an interview that she supports the conclusion that courts “shouldn’t use forensic science techniques … until they have met basic standards for validation.”

Some prosecutors see it differently.

The National District Attorneys Association and the FBI were both highly critical of the findings, and U.S. Attorney General Loretta Lynch said the Justice Department will not adopt the report’s recommendations.

Ultimately, judges will have to assess whether the report itself is admissible as a government report under Rule 803(8). If so, according to Epstein, it becomes evidence on its own for both an admissibility hearing and trial and as a document for examining witnesses.

Forensic Scientist Barry A.J. Fisher cautions that it’s too early to “throw the baby out with the bath water” (completely abandon the forensic evidence called into question by the report). The former president of the International Association of Forensic Science is on the advisory committee for the NJC’s upcoming When Science Comes to Court online class, the first comprehensive self-study course for judges on the topic of forensic evidence.

In Fisher’s article “On the Admissibility of Expert Evidence: A Crime Lab Director’s Point of View”, the retired director of the Los Angeles County Sheriff’s Department Crime Laboratory suggests that judges should explicitly instruct juries on the strengths and weaknesses of a particular forensic field. He says they could also require experts to provide a trier of fact (a person who determines explicit facts) when a particular kind of forensic evidence is presented.

Until any decisive ruling is made on the PCAST report, Fisher says, trial cases could see a battle of the experts, with the report being argued for and against in expert testimony. Admissibility then would fall to the judge as gatekeeper, which will be no easy task.

This web-based project promotes the fair and effective administration of justice and enhances public safety while helping judges make informed decisions about the role and weight of forensic evidence. The curriculum for the course was developed by a team of judges and experts from across the country through a two-year process. The course is provided at no cost to judges through generous funding by the Laura and John Arnold Foundation. Register.

Jules Epstein is professor of law and director of advocacy programs at the Temple Beasley School of Law in Philadelphia and has been a member of the National Judicial College faculty since 2007. He is also a member of the National Commission on Forensic Science. The views expressed here are solely his own and are not intended to represent the views of the U.S. Attorney General, the Department of Justice, or any government entity or agency.