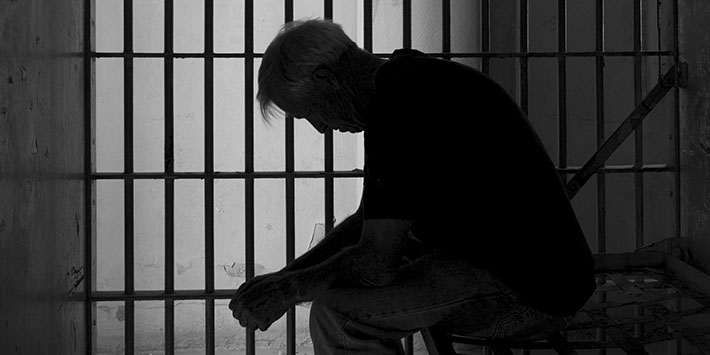 As a judge for over 27 years who started his law practice with a Rolodex, an IBM Selectric typewriter, and no thought of a computer, I find the world has certainly changed around me. Now, I work in a world of e-filings, teleconferencing, and iPhones, which place all human knowledge within a Google search. However, the one thing that hasn’t changed is the character and needs of the offenders coming before me.

In his book The Punishment Myth, Judge Dennis Challeen, states: “Punishment works the best upon responsible people who self-correct, are easily deterred, and restrict their behavior with good common sense; the people who are the least threat to society. Punishment seems to work the least on irresponsible, chronic losers who have little common sense or self-restraint, are oblivious to deterrents, and fail to see the consequences of their impulsive acts; the people who are the greatest threat to society.1

For many years, conventional wisdom has been that ‘nothing works’ to change offender behavior; that once an offender has turned to crime little can be done to help turn his or her life around. Today, however, there is a voluminous body of solid research showing that certain evidence-based sentencing and corrections practices do work, and can reduce crime rates as effectively as prisons, but at a much lower cost.”2

While offenders needs have not changed, the way in which we analyze and design sentences to meet those needs is changing, thankfully, due to evidence-based practices. I see clear progress as I look at the tested and proven research coming out of respected courts and institutions, which focus on the following evidence-based sentencing approaches:3

Accurately framing a sentence for the specific risk/needs assessment of the offender is a giant step. Changing the face of interaction by the court with the offender, through problem solving courts and promising practices courts, has dramatically reduced the rate of recidivism in jails around the country.4 What has made a difference is the collaboration of all the stakeholders (prosecutors, defense counsel, probation services, and treatment providers) working together to achieve the most appropriate sentence for the offender, by establishing recidivism reduction as an explicit sentencing goal.5

A couple of centuries ago, the medical profession believed in bleeding the sick to make them better. They meant well, but they didn’t know about bacteria, viruses and the immune system. Our medical ancestors, by “getting rid of the bad blood,” were unwittingly making the patient worse.6 Likewise, our criminal justice system has unwittingly tried to get rid of society’s bad blood, (criminals) by punishing them to make them better. However, this approach has been shown to be an ineffective method of correcting the problem. Like the medical community, we are now moving to a new age where we know what it takes to help assess our offenders, and best help them achieve success.

Judge Dehn has been on the bench in Minnesota for 26 years. He became the first judge in the nation, in 1993, to put multiple-repeat DWI offenders on the home pre-trial electronic alcohol-monitoring program. Now, more than 10,000 repeat offenders each year are placed in this program in Minnesota. His innovative pre-trial and sentencing techniques have gained him national attention and coverage in many publications, including The Wall Street Journal and Time magazine. He is an alumnus of The National Judicial College and joined its faculty in 2002.