Change has always made me feel uncomfortable. I like to know which path I am choosing, where the path is going, and what path is next. I have applied the same philosophy as a trial judge. The best days on the bench for me are those when everyone is prepared and the proceedings move in a fashion anticipated by all.

After serving on the trial bench for 18 years, I was given the opportunity to transition into a senior judge position. Basically it meant working part time and traveling across the state to try cases where local judges had recused. My office would not be in the courthouse and I would have no courtroom of my own.

The financial impact was minimal because, with my pension and senior judge supplement, my compensation was equivalent to my trial judge salary. The appointment, by the Tennessee Supreme Court, is a four-year term with the possibility of subsequent reappointments. I would not have to run for re-election in my judicial district. After much discussion with my family and friends, we decided it was an opportunity I could not pass up.

Little did I know this “change” would make me rethink a lot of what I thought was important.

During my time on the bench, I had collected a lot of stuff that was on display in my chambers and courtroom. These items included certificates of election, various law-related paintings and photographs, autographs of famous individuals, awards and plaques, and souvenirs of various travels. As I looked at them, memories came rushing to my mind. But all of these things were just stuff.  I told my bride that one day they would all be sold at my estate sale to various strangers.

I decided that instead of putting items in storage or transporting as much as possible to my new office, I would give it all away. Not to strangers but to men and women who had blessed me during my time as a circuit judge.

For the next three weeks, I took things off my walls, wrote a note on the back to the recipient, and simply said “Thank you.” Memories, which I will never forget, were created. I hope it meant as much to the lawyers, judges, and court personnel I gave these mementoes to as it did to me.

Obviously, my children wanted to be involved. The sports memorabilia and souvenirs from foreign lands were in high demand and pretty easily divided. I spent more time reflecting on my election certificates, admission to the Supreme Court document, and some resolutions from our state legislature about my work as a judge. I lost my mom, dad, and step-dad many years ago. Anything of theirs was so important to me; I wanted the children to have something of theirs, which, hopefully, would leave a written legacy to my children, grandchildren, and even great-grandchildren.

I guess I just wanted to be remembered. Thinking of one’s mortality can be stunning. Giving legacy gifts to those I love made those thoughts almost peaceful. I wanted the joy of giving plus the opportunity to explain why these items meant something to me.

For a number of years, I was involved in every major criminal trial in my judicial district and signed numerous search warrants. I was in the middle of our legal community and, with the help of so many, made several improvements to our justice system. Hardly a month went by without one of my cases and yours truly being in the headlines of our local newspaper. The excitement of judging high-profile criminal trials was so much fun, and my work was well organized into arraignment, discussion docket, plea dates, and a jury trial schedule.

Based upon some organizational skills and help from the local attorneys, I was sitting misdemeanor trials within 90 days of plea date and 150 days for felonies. I knew what my schedule would be for the next nine months, and that brought me comfort. I had established a drug court several years before, and the positive impact it had on our participants was a blessing. It was a pleasure working with the staff.

After I left the Circuit Court bench, I was no longer in the paper. Many of my “innovations” were discarded, and even some younger lawyers in town asked me what I did for a living. I realized that I was more than a judge; my employment was not my identity. It was a very important life lesson for me.

Today my caseload is approximately 40 cases all over the great state of Tennessee. These cases vary and include divorce, medical malpractice, post-conviction death penalty, and election disputes. It is challenging and exciting.

I spend more time with my children and grandchildren. Teaching at The National Judicial College, the Nashville School of Law, and across the country is now an even bigger part of my life. My wife, Rita, and I have traveled to Australia and Europe. This summer we’ll go to Africa and Scotland. The change I feared has turned out to be more of a blessing than I ever anticipated.

Not everyone on the bench will have the opportunity I did, but I think the life lessons I’ve learned are applicable to my brothers and sisters currently serving on the bench.

Don’t let your job become your identity. This can be accomplished by expanding your job by adding a drug court, mental health court, or veterans court.

Continue to learn by taking judicial education courses at the NJC.

Develop a hobby like playing golf or tennis or having a regular exercise program. Have an annual physical and try to have a healthy diet.

Find a charity in your community like the Boys & Girls Clubs and get involved—not just financially but by devoting your time to help those less fortunate. Or donate your time at your church, mosque, or synagogue.

Most importantly, make time to spend with your family. At the funeral home, we should hope our friends and family will say we were a good man or woman and not just a good judge. 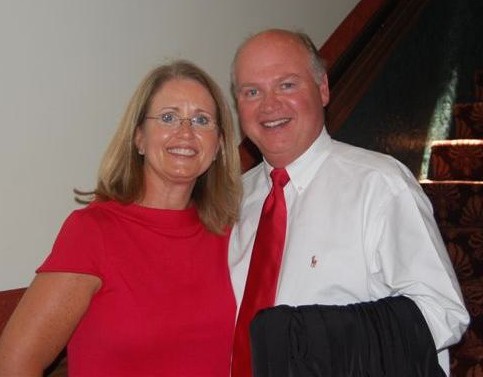 Don Ash served as a circuit judge in Tennessee’s 16th Judicial District for 18 years. He has served as a senior judge the past five years. He and his wife, Rita, have been married for 31 years and have four children and eight grandchildren. He is a past chair of the NJC Faculty Council and has been a member of the faculty for 16 years.