Reflections from the Bench: My court is on a college campus
November 15, 2017

I’ve sat on the bench for 25 years—but it’s probably not the bench you are thinking of.

I am a judge for the Clemson University Municipal Court. We are a department within the Division of Student Affairs and also part of the unified judicial system in South Carolina.

Many of you probably didn’t know this type of court existed. We are an anomaly in this state and possibly the country. It’s the only court of its kind I know of.

Becoming a judge was not part of my career plan. I obtained my paralegal certification from the University of Miami (Florida) and worked as a paralegal for 11 years. I worked for large firms and small firms, in admiralty law and small-plaintiff personal injury.

A career move for my husband brought us to Clemson, South Carolina, and eventually brought me to the Clemson University Municipal Court as a court clerk. I never imagined I could land a job as a judge without a law degree.

My experience as a paralegal prepared me to some degree for my transition to municipal judge, but there was so much to learn. I immediately went back to school for a criminal-justice degree and spent the first several years on the bench doing some serious on-the-job training.

There’s never a dull moment in a courtroom on a college campus—from the engineering professor who couldn’t understand why he was found guilty of running a red light after causing an accident, to the student arrested for being grossly intoxicated (public disorderly conduct) while dressed like a judge for Halloween (oh, the irony of it).

As you likely imagine, other than traffic cases, the bulk of our caseload is underage drinking violations, simple possession of marijuana, DUIs and property crimes. During football season, our caseload often involves the occasional fan who had just a little too much to drink to make it home safely while cheering on the Clemson Tigers—that’s the reigning national champion Clemson Tigers, by the way!

We are fortunate to have several intervention opportunities that allow our offenders to avoid having a criminal record by accepting diversion into educational programs and community service. Thanks to these intervention programs, we rarely send anyone to jail. Our typical sentences involve small fines.

Providing a safe campus has always been a priority for Clemson University and the Division of Student Affairs, so we take great pride in having been named the nation’s safest campus by CollegeStats.org. I like to think I played a small part in that accomplishment by being a jurist who is consistent and compassionate but not afraid to dole out some tough love.

I frequently boast of having the best judge’s job in the state. Dealing with a population that consists primarily of college students has certainly helped. Recidivism is rare, and a majority of our defendants go on to experience successful careers after graduating.

South Carolina is one of many states that allow lay judges (judges without a law degree) to preside in the lower courts. Summary-court judges (magistrate and municipal courts) come to the bench from careers in law enforcement, state and local government, and business people from all walks of life. Yes, a law degree is obviously required for the higher courts, but there are a lot of really great judges who serve their communities and states as lay judges. They bring a wealth of knowledge, wisdom and common sense to their positions.

As a recent breast cancer survivor (for more on that story), I have come to realize that there is truly no time like the present. I have been blessed to serve as a judge on a college campus. During my chemo-infused, steroid-induced period of creativity—look it up, steroids really can have that effect—I have a vision for my next career, which I hope to begin when I retire from Clemson University in a few years. It will involve educating folks on the importance of exercise, good nutrition, and, possibly most important, stress management.

But for now, I am still enjoying the opportunity to gently, and sometimes not so gently, guide our next generation of politicians, engineers, medical professionals, teachers and even the occasional non-student member of the campus community as they make their way into our future. 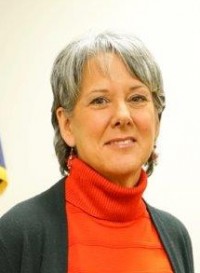 Deborah Culler is a municipal judge for the Clemson University Municipal Court in Clemson, South Carolina. She has attended 10 NJC courses since 1997.