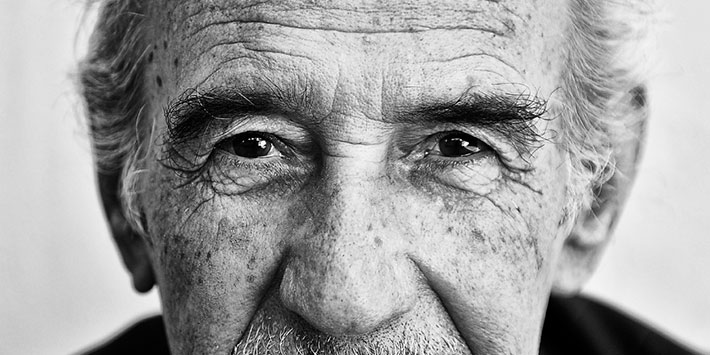 The older adult population will double between 2010 and 2030, according to U.S. Census Bureau’s projection. As the population of America ages, courts will necessarily see an increase in the types of cases that they process that involve older populations — guardianships, conservatorships, elder abuse protection petitions, and matters pertaining to estates.

Capacity is the cluster of mental skills, such as memory and logic, and behavioral and physical functioning, that people use in everyday life; capacity can fluctuate over time, situations and tasks.

While building our online course, Justice Responses to Elder Abuse, I had the opportunity to work alongside some of our nation’s top experts and practitioners on aging and elder abuse.  The learning points that had a particular impact on my work revolve around the concept of capacity, which we define in our judicial benchcard as the following:

Capacity is the cluster of mental skills, such as memory and logic, and behavioral and physical functioning, that people use in everyday life; capacity can fluctuate over time, situations and tasks.

In recent years, I have had the honor of being a panelist at a number of training conferences throughout the United States.  Very often, the panel is joined by a medical expert who specializes in dementia and Alzheimer’s disease.  Many of us have been personally impacted by a loved one suffering from some form of dementia, and hence, the audiences tend to be very engaged.  I doubt there is a more complex concept that challenges judicial deliberation.

There are four features of dementia that form the building blocks of this topic.

1. Dementia is NOT a common aspect of aging.

Ageism, and the accompanying negative stereotypes of older seniors, is a part of American culture.  Deep within ageism are the assumptions that one’s ability to think clearly, remember facts, and make intellectual contributions to society naturally diminish over age.  Yet statistics indicate that fewer than half of those older than age of 85 suffer from Alzheimer’s disease, which is the most common type of dementia.  While the number of baby boomers who have some form of dementia is high (the National Institute on Aging estimates that about 5 million Americans may have Alzheimer’s), a recent article in the New England Journal of Medicine reports that the risk of developing Alzheimer’s disease has dropped 20 percent per decade since the late 1970s.  It is important to remember that dementia is a disease process; it is not a common aspect of aging.

2. In some cases, symptoms associated with dementia can be reversed and capacity restored.

Dementia is portrayed as a gradual descent into the loss of all the unique things that contribute to an individual’s personality. But there are a number of treatable conditions that mimic dementia.  For example, a urinary tract infection in an older person does not have the typical symptoms of fever and pain.  Instead, the infection can present itself in terms of memory problems, confusion, delirium, and even hallucinations.  Similar symptoms may be a result of a B-12 deficiency, thyroid disease, diabetes, depression, or even medication.  Treatment of the underlying disorder will reverse the symptoms that may have been wrongly diagnosed as dementia.  From the bench, it will be critical to learn whether tests have been carried out to discount other causes of dementia-like symptoms and to have expert opinion on whether the dementia can be reversed.  Recently, the potential for restoration of capacity was addressed by the Texas legislature, which requires more frequent judicial hearings in cases where the medical prognosis suggests that capacity may be restored.  For example, a stroke victim may return to a functioning level of capacity after time and therapy, thus making the need for a guardianship or conservatorship temporary.

3. Dementia is not obvious.

In the majority of cases, it is not obvious that an individual suffers from dementia.  In our course, we introduce a case study of Dr. P, an older gentleman with a sharp wit and extraordinary mathematical skills.  If you were to sit down in a coffee shop with Dr. P, you would be treated to an engaging conversation, perhaps sprinkled with stories of meeting General Eisenhower and his courtship with his dearly departed wife.  From all indications, Dr. P is the epitome of healthy aging.  Only later do we learn that Dr. P may have excellent long-term memory, but his mathematical prowess does not translate into an understanding of financial decisions and his short-term memory is non-existent.  Dr. P is in the latter stages of Alzheimer’s disease.  In assessing capacity, judges must understand the multidimensionality of dementia (memory, logic, physical and behavior functioning), rely on credentialed experts, such as neuropsychologists, have documentation and results from a recognized cognitive assessment (such as Montreal Cognitive Assessment), and have information verified by family members and friends who interact with the individual on a regular basis.  A good resource is the handbook developed by the American Bar Association, the American Psychological Association, and the National College of Probate Judges:  Judicial Determination of Incapacity of Older Adults in Guardianship Proceedings.

4. There are steps one can take to lessen the risk of dementia.

Every panel presentation in which a medical expert discusses dementia and Alzheimer’s has been followed by this question from the audience:  “Is there anything I can do to prevent Alzheimer’s disease?”  With a much-needed influx in government spending to address Alzheimer’s disease and an increased knowledge base, there is hope that an antidote or “magic pill” will become available to future generations.  Genetics play a role in dementia, but I have been encouraged by recent evidence that suggests we can play an active role in our future health.  We now have smart phone apps that allow us to complete puzzles and keep our brains active, which is one arm of the battle against dementia.  More recently, studies linking diets and lifestyles to Alzheimer’s are promising.  A recent trip to the cookbook section of the bookstore will yield a number of new additions that focus on recipes for mind/brain health.  Dementia is not inevitable.

The area of capacity and dementia is an exciting and growing field.  The scientific information on this topic is growing exponentially.  But as the field grows, so does our awareness that the topic is more complex than we originally thought.  The courts, which will continue to play a critical role in determining legal capacity, will be challenged to keep abreast of the medical advances that affect the extent and duration of dementia.

Brenda K. Uekert, Ph.D., is a Principal Court Research Consultant at the National Center for State Courts. Dr. Uekert has worked extensively in the areas of domestic violence, elder issues, and problem-solving courts and is currently directing several projects that provide technical assistance to improve state court responses to domestic violence. She is the founder and director of NCSC’s Center for Elders and the Courts—a national resource to the courts on aging issues, elder abuse, and guardianship. Dr. Uekert is developing an elder abuse toolkit for the courts, an elder abuse curriculum for state judicial educators, and is staffing a project to update the National Probate Court Standards. In addition, she works closely with the Conference of Chief Justices and Conference of State Court Administrators Joint Task Force on Elder and the Courts. Dr. Uekert holds a Ph.D. in Sociology from Syracuse University, a M.A. in Sociology from Syracuse University and a B.A. from the University of Wisconsin at Eau Claire.