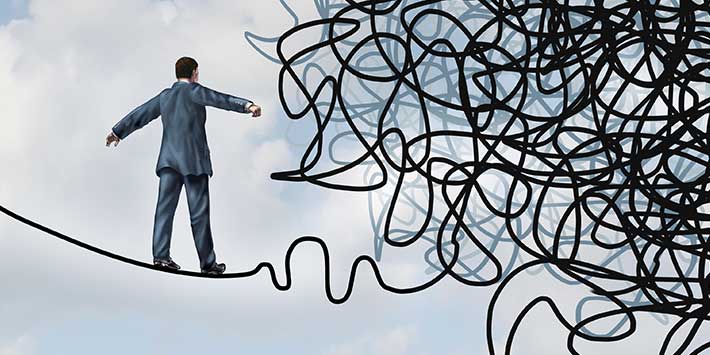 By Hon. Thomas A. Zonay

The basic judicial discretion definition is the act of making a choice in the absence of a fixed rule and with regard to what is fair and equitable under the circumstances and the law.

Its judicious use increases fairness and can help to promote an equitable legal process by allowing the judge to consider individual circumstances in instances when the law is insufficient or silent.

Conversely, because judicial discretion involves situational considerations, its misuse can adversely impact the court’s authority and good reputation, create a feeling of result-oriented decision making and, when abused, lead to gross injustice.

The judicial discretion definition has evolved. In 1680, Lord Camden believed the “discretion of a judge is said to be the law of tyrants.”

By the 1800s, when American jurisprudence was being established, Chief Justice John Marshall viewed things differently:

10 Guidelines for Judicial Discretion in Sentencing

Strive to ensure that the relevant and necessary facts are on the record. Make sure your findings are only on the evidence presented. Address matters of credibility and demeanor which will lend support to your conclusion. Clearly show your reasoning and the logic in your decision.

While this may seem obvious, there are times that the law may be unclear or unsettled. When that occurs, consider making alternative rulings to support your decision regardless of which of the alterative views of the law was employed.

Keep in mind that the best way to be sure that you are applying the correct law is to know the law. On this point, take the time to research and prepare on the law before you write a decision. Please don’t assume counsels’ briefs sufficiently address or cite the applicable law.

You can choose to act quickly and decisively, or you can act slowly and monitor the situation. Every case is different and a one-size-fits-all model for how to respond simply does not work.

As Dr. Harvey Cox said, “Not to decide is to decide.”6 This does not mean avoiding or failing to attend to a matter which needs a determination. Rather, it means that there are times that careful consideration of the issues leads one to conclude that the best course of action in the legal system is no action.

5. Consider the Equities of the Situation

It was Mark Twain who said, “Always do right. You will confuse some people and astonish the rest.”7 His view is no less true for judges.

When making a decision consider the equities and ask yourself — is it fair? Is it the right thing to do? Let your fairness show through on the record and give each side an adequate opportunity to present their position to the court.

6. Consider the Results of Your Decision

This includes both the legal and practical consequences. Remember Newton’s Third Law of Motion: “For every action there is an equal and opposite reaction.” Ask yourself, is the reaction of what will flow from your decision one which will foster justice being done in the case, or could it lead to irreparable harm which could have been avoided by choosing another course or action.

7. Take Time to Think Over Any Decision

You are the judge and the case cannot proceed without you. Do not allow yourself to be unnecessarily rushed. There is nothing wrong with taking the time to step off the bench to ponder a decision or to discuss it with a law clerk or colleague. You can also sleep on many decisions and address them the following day.

Be wary of the discretionary decisions that you are asked to make late in the day on short notice. There are not many items which cannot wait until the next day when you have had a chance to fully consider the matter.

8. Clearly and Logically Explain Your Decision

This applies whether it will be in written or oral form. It is important that those who hear the decision, especially those who will be guided by it, are able to understand both its rationale and its terms. This maximizes the potential that it will be followed and, if necessary, also makes enforcement more effective.

9. Do Not Unnecessarily Look Back

Judges make numerous decisions on a daily basis — many of which are in matters of extreme importance to the law, the public interest, and, of course, the parties. Given the important decisions which are being made it is natural to agonize over a decision while considering it.

Reflecting on past decisions, and even changing ones later thought to be incorrect, are both appropriate and necessary in the discharge of your judicial role and in your professional development. That being said, it is important to be able to move on after rendering a decision so that you can then begin to focus on the next decision you will need to make.

10. Do Not Decide Just Because You Can

Though basic, this tip is perhaps the most important of all. The good news is that if you follow the other nine tips then you won’t have to worry about not following this one.

Judge Thomas A. Zonay is the presiding judge of the superior court in Rutland, VT. Among his many accomplishments, he is chairman of the Vermont Judicial Education Committee and has served as faculty for The National Judicial College since 2012. NJC Program Attorney Melody Luetkehans contributed to this story.

Stumpf, Felix, Inherent Powers of the Court¸ The National Judicial College, Reno, NV (2008). Cites cases and describes authority for the exercise of judicial discretion in both substantive, but more commonly, procedural, instances.