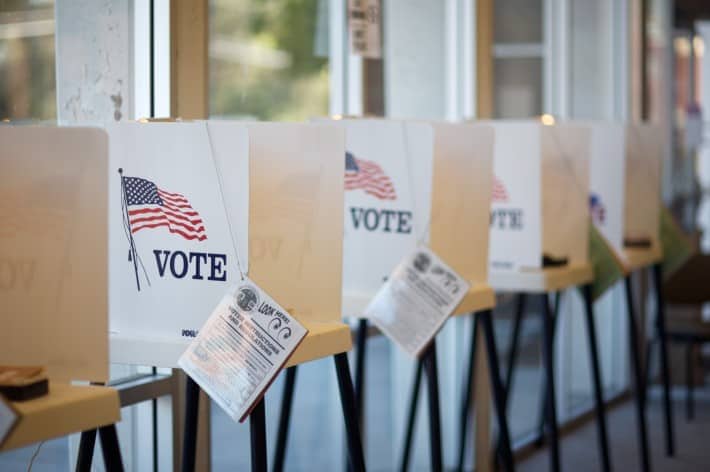 RENO, Nev. – Native Americans in Northern Nevada will have greater voting access in November as a federal court ruled in favor of placing a polling site in Nixon, which is the tribal capital for the Pyramid Lake Paiute Tribe.

Recently, Judge Miranda Du of the U.S. District Court for the District of Nevada ruled in favor of the Pyramid Lake Paiutes and the Walker River Paiutes of Mineral County after the tribes challenged the state of Nevada under the Voting Rights Act. Both counties will now provide satellite voter registration, early voting and Election Day polling to both tribes.

Tom C. Rodgers, a member of The National Judicial College’s (NJC) Board of Visitors, was involved in the case to help bring greater voting access to the tribes. Rodgers is a member of the Blackfeet Tribe in Montana and is an advocate and lobbyist for Indian country. Rodgers joined the NJC’s Board of Visitors earlier this fall. He has worked on similar cases before, winning a lawsuit in Montana in 2014 that resulted in satellite voting offices on tribal reservations.

“The NJC has a distinguished Board of Visitors throughout the country with national influence, and that really shows when an attorney from the East Coast is able to impact an important voter rights case here in Nevada,” said NJC President Chad Schmucker.

Previously, Paiute Tribe members had to drive more than 90 miles round trip for early voting in Sparks and more than 30 miles round-trip for Election Day voting in Wadsworth. A long commute, coupled with claims that some tribe members don’t have reliable transportation, makes it difficult for the tribe to be adequately represented in voting.

The court ruling in favor of these Nevada tribes does more than just add reasonable accommodation for the tribes; it strikes a victory for voter rights and takes a step towards reversing the disenfranchisement of Native Americans.

Christine Folsom, director of The National Tribal Judicial Center at The NJC, explains why the ruling is so impactful: “The decision by the District Court to grant two tribes in Nevada an injunction so the citizens of those tribes can meaningfully exercise their franchise rights is monumental, and is yet another small step in the constant struggle of Indian Country to realize its full participation as citizens within the United States.”

Folsom continued: “Indians face more systematic hurdles than any other section of the population. Unemployment, drug and alcohol abuse, crime, and fractured families occur in Indian Country at a higher rate than anywhere else in the United States. Recognizing and remedying the de facto disenfranchisement of American Indian people is a small step, but a step with an enormous footprint, that can only help repair the centuries of wanton neglect of our sovereign peoples.”

A new polling location in Nixon will be located at the Pyramid Lake Paiute Tribal Administration office. The site will feature early voting from Oct. 22-29 and Oct. 31-Nov. 4, and Election Day voting on Nov. 8 from 7 a.m. to 7 p.m.