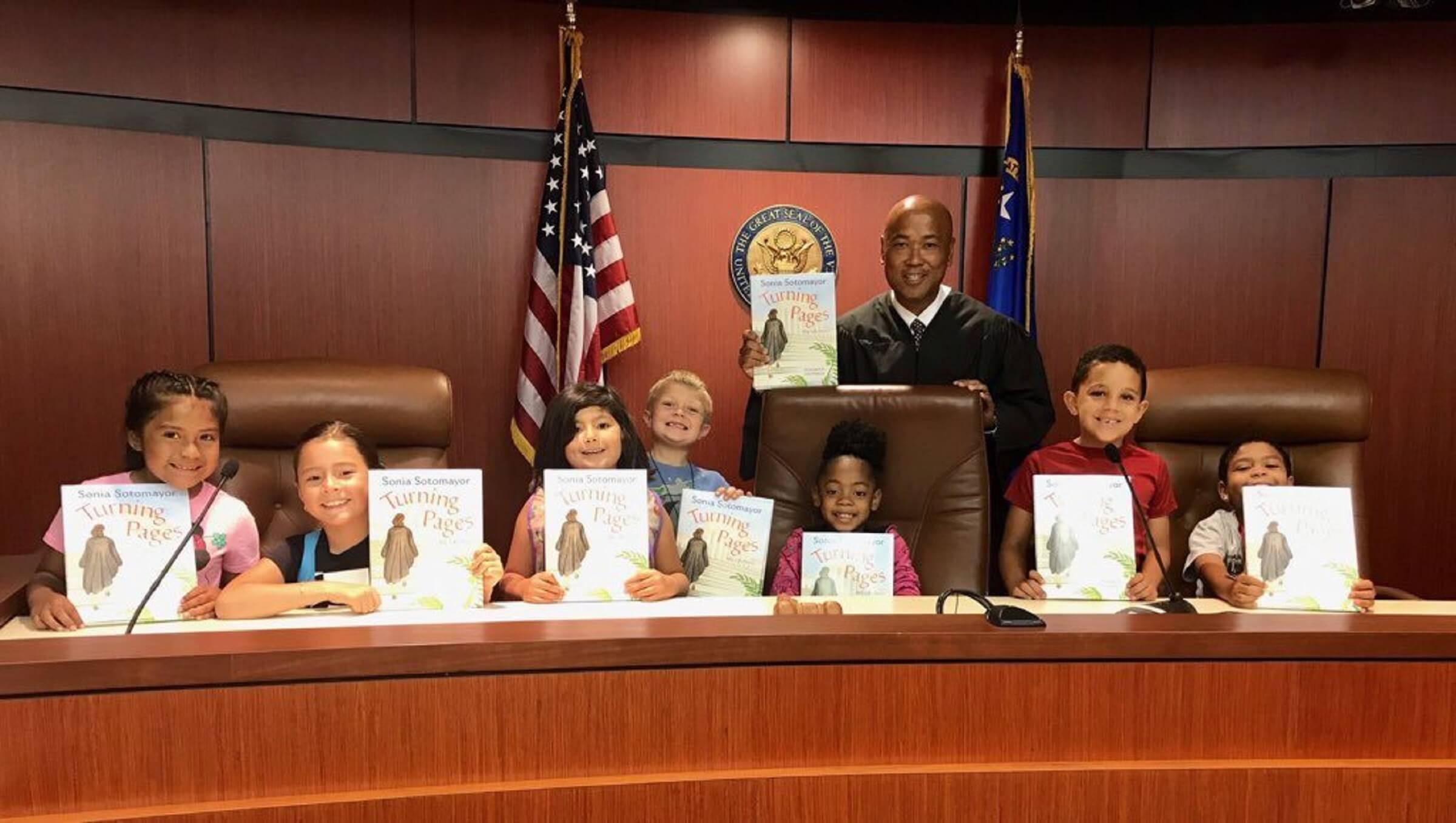 WHO: Judge Benes Aldana, President of The National Judicial College

Each child will receive a stuffed eagle, gavel-shaped pencil, backpack, autographed copy of the book, and another book of Sotomayor’s, “Just Ask: Be Different, Be Brave, Be You!”

This program is being presented as part of Judicial Outreach Week, an initiative of the American Bar Association Judicial Division that takes place during the first 10 days of March each year. The goal is to raise public awareness about the importance of the courts in upholding the rule of law in the United States.

WHERE: The National Judicial College, at the intersection of Evans Ave. and Jodi Drive on the periphery of the University of Nevada, Reno campus.

For security purposes, media are asked to call/email in advance if they plan to cover this event. The students have signed photo/video waivers.