Excuses are the everyday language of the irresponsible. It should not surprise anyone that courtrooms are the meeting place for creative excuses. Through the years I’ve heard almost every kind of excuse imaginable, but there are always new ones; losers become quite creative in trying to avoid being responsible in order to direct blame elsewhere rather than accept responsibility.

Did you know that flooring the accelerator too hard does not cause the irritating screeching sounds emanating from spinning tires; nay, it’s caused by the sand and gravel not cleaned up by the street department? You don’t believe that? Well neither did I, but I heard it many times.

Along the same type of logic was the claim that their gas pedal stuck, causing their vehicle to rapidly accelerate; thus it’s General Motors’ or Ford’s fault for manufacturing such a dangerous car. I bet you don’t believe that either.

In rural areas cars sometimes leave the road and end up in cornfields, often on curves. When the driver was charged with failure to keep his vehicle under control, the defense was usually that the driver was avoiding a deer. This is commonly referred to as the Bambi Defense. This phenomenon is worldwide. When I taught sentencing at The National Judicial College I was told by judges that Bambi was replaced by alligators in Florida, moose in Alaska and kangaroos in Australia.

Did you know that police look out for red sports cars and routinely give them speeding tickets? Another folk tale believed by a few sports car owners. (I own a 22-year-old red Dodge Stealth sports car and never experienced this phenomenon.)

The U.S. Postal Service is constantly blamed for failure to deliver driver’s license suspension orders from the Department of Public Safety. The persons with bad driving records who have earned a suspension think no one was watching when they went to the mailbox — the old “Nobody saw, prove I got it” defense. They don’t know about the statute that says if the state’s records show it was sent, you got it.

I once had a person charged with violating the noise ordinance by playing his radio too loud. His defense was that he bought the stereo at Walmart, and it’s the store’s fault, not his, for selling a stereo that plays so loud.

I had a young person charged with speeding. It wasn’t his fault because he was going downhill and gravity caused him to go 10 mph over the speed limit.

Oversized tires are routinely blamed for causing a car to be speeding when the speedometer reads a legal, much lower speed. The problem with this excuse is it doesn’t stand up to the laws of mathematics. Larger tires do have a larger circumference but it only varies speed by a couple of miles per hour, not 10 mph over, as commonly claimed.

When juveniles are caught with beer, liquor or marijuana in their car, it is because they picked up a hitchhiker who “forgot it” when he exited. This unnamed stranger always seems to be long-haired, “hippy-like” in appearance, and I’ve concluded he must also be wealthy because his chronic forgetfulness must cost him a lot of money. Or perhaps that is why he cannot afford an automobile and must hitchhike.

Every judge hears the claim “It’s my word against his,” meaning a standoff, so nobody wins. Judges know the law provides in such cases that the judge or jury must determine—using their own life’s experiences from all the evidence they’ve heard—which version is unlikely or more likely to be true.

As every judge knows, sometimes outlandish excuses can be the truth or at least credible. I recall a young college student who showed up a day late for his minor traffic violation court trial. The prosecutor wanted him jailed and held for trial. The trial he missed had been set for the first day of the month. The student explained that the previous month had only 30 days and his wrist watch, like many watches, had 31 days unless manually corrected. He, unfortunately, relied on his watch, which put him a day off.

The prosecutor argued that no one could be so stupid. I then asked everyone in the courtroom whether they had ever experienced missing an appointment because of such an error. Everyone had … including me. I bought his story, allowed him a new trial date, and he changed his plea to guilty. It was an example of using life’s common experiences to try and get at the truth.

To this day I’ll never know if he was truthful or had created a clever, somewhat believable, excuse. But that question became moot when he pleaded guilty anyway.

Do you have stories to tell from your experiences on the bench or that you’ve heard from other judges? We welcome submissions for Reflections from the Bench and are considering collecting judging stories into a book for posterity. Email them to: njc-communciations@judges.org 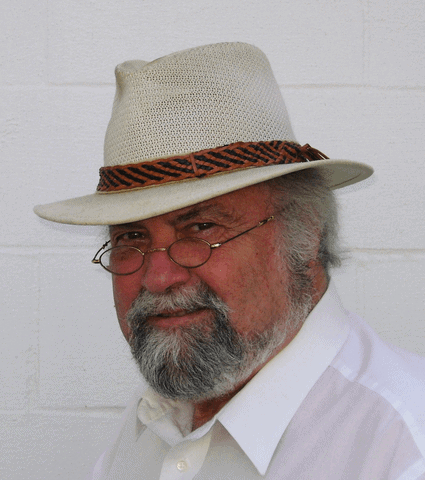 Dennis Challeen is a retired district court judge in Winona, Minnesota, and member of the NJC Hall of Honor for more than 30 years of faculty service. He has lectured extensively on the concepts of sentencing in over 200 cities in 42 states and three provinces of Canada. He first received national attention in 1972 when he began sentencing offenders to community service, long before such sanctions were expressly allowed by law in Minnesota. His program has been credited as the beginning of the Sentencing to Community Service movement in America that has now spread throughout the world. He has been the subject of many TV documentaries and has been interviewed for several national television programs. He received the NJC’s V. Robert Payant Award for Teaching Excellence in 2015. This column first appeared in the Winona Post, to which Judge Challeen has been a regular contributor. It appears here with the permission of the author.