Note: The following excerpts are from You Are Not a Lawyer Anymore: A Primer for Those Who Want to Be a Good Judge (2018). They appear here with the permission of the author. The book’s foreword states that Judge Small hopes that by sharing what he learned in his many years on the bench “it will allow you to become the best judge you can be, a lot more quickly than it took him!” The short book can be ordered on Amazon.

When officiating a basketball game or football game, when you see a foul you blow your whistle and/or throw the flag. As a trial court judge, however, you just sit there with your mouth shut and your ears open until one of the parties objects. Then you may determine if a foul has been committed.

There are many reasons counsel do not object to testimony that is clearly objectionable. The evidence may be irrelevant. It may not prevent them from prevailing under their theory of the case. It may ultimately hurt the opposing side. For example, a string of leading questions may actually look like opposing counsel is putting words in the mouth of the witness and detrimentally affect the credibility of the witness. Counsel may be biding time before making a leading objection and pointing out that opposing counsel is testifying.

In other words, let the lawyers try their own cases. That is their job, not yours. Before I took the bench, a friend shared with me how much he enjoyed being a trial court judge. One year after he began his judicial career, he abruptly quit. When I asked him what happened, he shared that one of his best friends stopped by his chambers on the event of his first anniversary on the bench. His friend told him, as only a friend can, to let the lawyers try their own cases. After a few days reflecting on that advice, my friend realized that he just couldn’t do it. To his credit, he resigned and returned to the practice of law where he continues to flourish.

You can make attorneys look good or bad

It is important that you carefully craft the manner you use to prepare for every court hearing. Pledge to yourself that you will always read every pertinent pleading filed before making a decision and before every oral argument.

Experience will teach you how long before a hearing you should begin your preparation. Many times cases settle after you have spent hours in preparation, thus wasting your precious time. On the other hand, if you have not adequately prepared, then you will not be able to ask the appropriate questions raised by the pleadings.

Keep in mind, that lawyers are expensive, and usually their clients do not have the resources to pay for thorough legal research. After all, if the client receives a bill with 30 hours of legal research they will question whether their attorney knows what they are doing. So, they will write a brief as soon as they can find cases that support their argument. Presumably opposing counsel will point out any weaknesses.

However, you are the one ultimately responsible for deciding what the law is. After all, it’s not the attorney who is reversed on appeal for not knowing the law. Thus, use the briefs as a starting point for your own research.

Once prepared with questions for counsel, don’t blindside them, especially in front of their clients. If you discover what appears to be controlling precedent that neither side has cited, then contact counsel beforehand and ask them to be prepared to discuss the authority at the time of oral argument.

As an attorney, I used to appear before this one judge that riddled me with questions. In the beginning it irritated me until I realized that he only pressed me hard whenever I was going to win and my client was present. After those hearings my clients eagerly paid me after seeing me stand up to the interrogation!

The downside of lack of preparation for you is that it increases the chance you may have to take the matter under advisement. You want to try to avoid doing so.

Having a case under advisement creates pressure on you that you will not enjoy. I know of a judge who was notorious for taking cases under advisement after a bench trial, and then not issuing a decision for months, sometimes years. Ultimately, he drew an opponent and lost the election due to his lack of prompt decisions. Imagine the shock to the victor when the vanquished left office without ever deciding many of the cases he had taken under advisement!

An antidote to inhumanity

Unless you came on the bench close to retirement age, you must keep in mind that your judicial career is not a sprint, but rather a marathon. You need to take care of yourself. Wellness promotes patience. Remember patience is the most important trait of a good trial judge!

You will soon find that you will hear things people have done that will take a piece out of your humanity, little by little, piece by piece. It is inevitable and unavoidable.

If you do nothing to mitigate the harm to you then eventually you will become jaded and you will not be able to treat everyone equally and patiently. You will not be able to be the best judge you can be. It is easy for a judge to isolate herself/himself. Ethics requires it to some extent. You may find it easier to deal with things in emotional solitude. Do not go there.

Even though the demands on your time are tremendous, you must make yourself go out in the community and interact with people outside your courtroom. You will find this time will “recharge your batteries” and replace some of the humanity your job has taken from you.

After a particularly grueling time I agreed to attend an Eagle Scout induction ceremony. Hearing the good deeds these boys had accomplished and seeing how proud their many family members and friends were, I could not hold back the tears of joy. It gave me back some of the humanity I had lost.

Nevertheless, going out in the community can be potentially dangerous, especially in a small community. I participated in a weekday evening golf league. Trying to be low key I introduced myself to my foursome by just my first name. However, by the third tee one of the members of our group figured out who I was. Not only that, he told me that I had sentenced his 18-year-old son. He was holding a driver in his hand and I was deciding whether I could outrun him. Then he proceeded to earnestly tell me that I could have sentenced his son to a short-term local jail sentence as a first-time felony offender, but I sent him to prison due to his extensive juvenile misdemeanor record.

Now the rest of the group was noticeably backing away, and I had determined that I could not outrun this individual. He declared his son had bounced around in the prison system until doing his time at a medium security correctional facility where he became the assistant to the chaplain. A few months after his release he met a young Christian woman and it turned out it was the best thing that had ever happened to his son.

Whereupon we all went back to playing golf!

A wise observation from my predecessor (on the court’s bench) was that one of the reasons judges wear robes is to allow all the bad experiences we hear each day to collect on our robes. At the end of the day, mindfully hang them up and leave them in your chambers. Don’t bring them home with you. 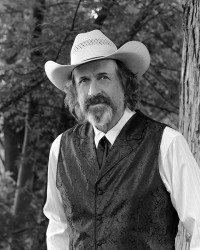 NJC alumnus T. W. “Chip” Small retired in 2018 after nearly 27 years as a superior court judge in Washington state. He previously served 13 years as a trial attorney. He is a past chair of the Access to Justice Board for the state of Washington and received the group’s Judicial Leadership Award in 2001.