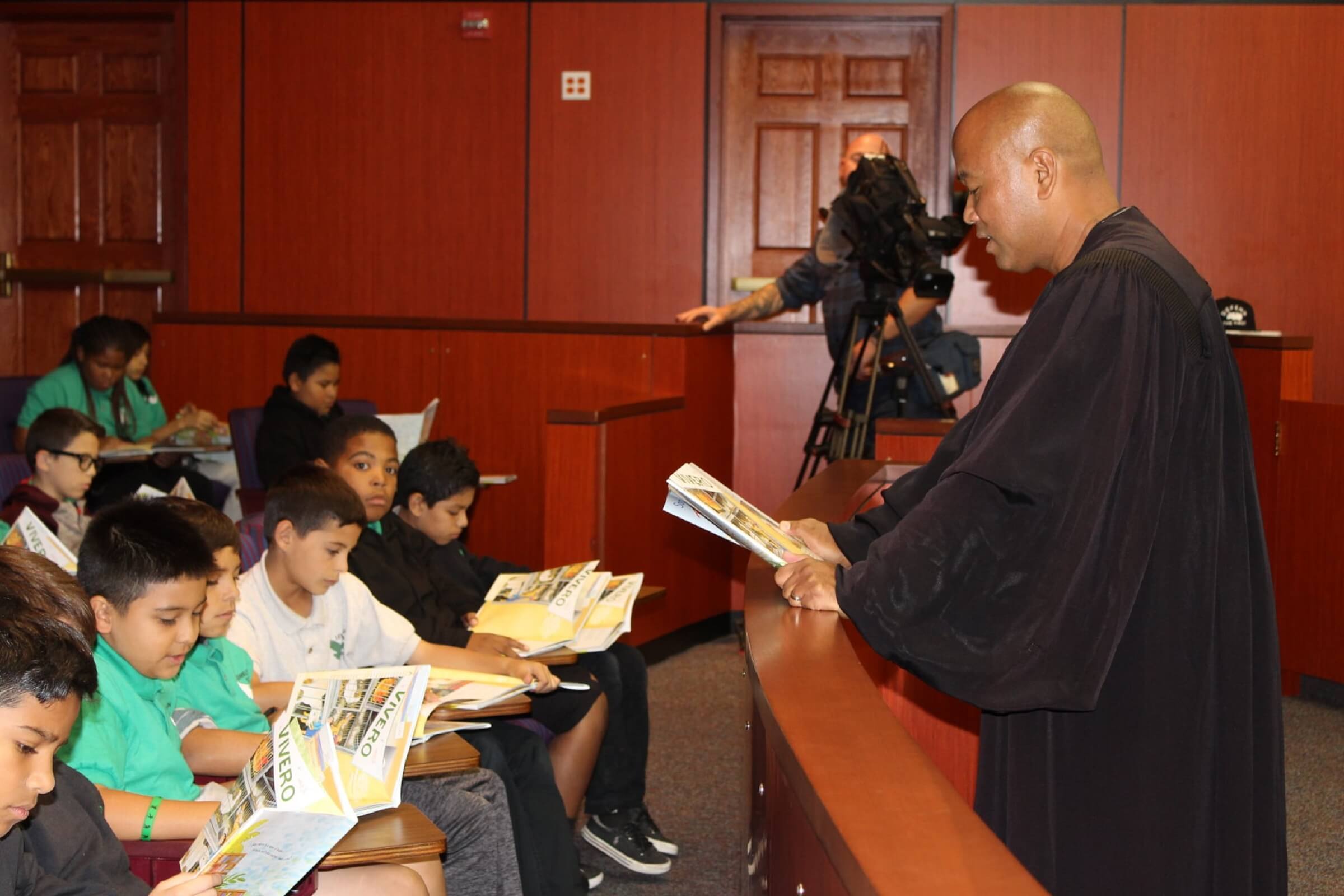 Reno fifth-graders will be in courtroom on Constitution Day (9/17) to hear Justice Sotomayor’s books
September 12, 2019

On Constitution Day, Tuesday, Sept. 17, 48 fifth-graders from the Dorothy Lemelson STEM Academy in Reno will visit the model courtroom of The National Judicial College for readings from two children’s books by Supreme Court Justice Sonia Sotomayor.

What: Constitution Day version of the NJC’s recurring Reading and Robes program for children

Where: The National Judicial College, at the intersection of Evans Ave. and Jodi Drive on the periphery of the University of Nevada, Reno campus

Photo/video op: The kids will assemble in the College’s courtroom to hear readings from two of Supreme Court Justice Sonia Sotomayor’s books for children, “Turning Pages: My Life Story” and “Just Ask: Be Different, Be Brave, Be You!” The latter illustrates and explains how special-needs children deal with various challenges, including blindness, autism, asthma and juvenile or Type 1 diabetes, which was an issue for Sotomayor herself.

The children will receive copies of both books. Some of the books have been autographed by Justice Sotomayor.

The reading will be by National Judicial College President Benes Z. Aldana, former chief trial judge of the U.S. Coast Guard. He will be wearing his judge’s robe.

For security purposes, media are asked to call/email in advance if they plan to cover this event.