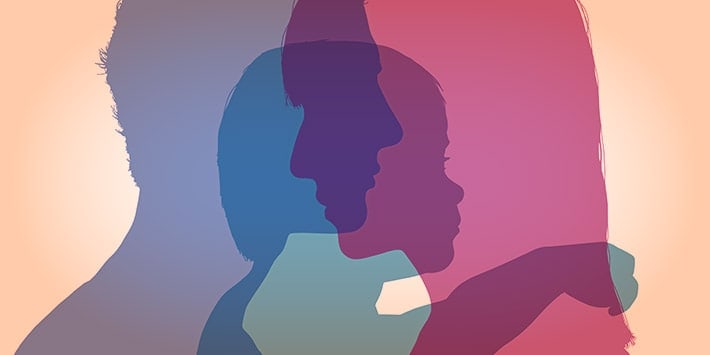 As I reviewed the file before going on the family law bench of the Pima County Superior Court, the case seemed like an ordinary family law dispute involving two self-represented litigants. Mr. Smith had filed for dissolution of his 15-year marriage, and Ms. Smith had asked for temporary custody of the two children, Sandy, 10 and Bobby, 12. Everything changed when I took the bench and began asking the questions necessary to frame the issues for the hearing.

The first thing I learned was that, until a month before the filing, the children had been in the legal custody of Child Protective Services because of a domestic violence and neglect. That child welfare case was filed and heard in juvenile court by a juvenile court judge. It closed when the paternal grandparents were awarded custody of the children pursuant to a guardianship proceeding conducted by a judge on the probate bench. When I asked whether there were other cases pending, I learned that Mr. Smith was charged with misdemeanor disorderly conduct/domestic violence and was participating in a Domestic Violence Specialty Court. Bobby was also charged with domestic violence for coming between his mother and father during the incident and pushing his father into a table. Bobby’s case was being heard at juvenile court by a juvenile court judge handling delinquency matters.

Like most general jurisdiction courts, the Pima County Superior Court is not unified. Legal issues facing a family, regardless of how intertwined they may be, are heard in different courts, by different judges, often in different locations. There is no readily available mechanism for sharing information or resources. Though the data is clear that when one judge hears all of a family’s issues, the results are better by all measures, very few courts operate on a one-family, one-judge model. Instead, cases are heard in silos.

The National Council of Juvenile and Family Court Judges (NCJFCJ), the nation’s oldest organization of judges, was until recently also separated into departments dealing with child welfare, family law, juvenile law, and family violence. The departments were autonomous, operating with separate funding, and guided by separate advisory committees. Funding guidelines made meeting together to discuss common issues nearly impossible. Ironically, NCJFCJ treated family issues the same way that courts do: as discreet and unrelated. Those within the organization and the broader group of stakeholders and partners knew that a change was needed.

In 2012, that change came about when NCJFCJ created Project ONE: One Family/One Judge; No Wrong Door: and Equal and Coordinated Access to Justice. Project ONE provides judges with guidance for supporting the needs of families and children regardless of how they came into the system and how many different types of cases are pending. Project ONE envisions equal and coordinated access to justice, whether a family is involved in a child welfare, family law, domestic violence or delinquency case, or any combination of cases.

Over the course of several months, a multi-disciplinary group of NCJFCJ members and partners worked to develop the key principles of Project ONE, which were adopted by the NCJFCJ Board of Trustees at the Annual Meeting on July 14, 2012 in New Orleans. The key principles of Project ONE are: One Family-One Judge; Judicial Leadership; Implement Recommended Practice; Just and Timely Decisions; Respect; Engagement; Multiculturalism and Diversity; Collaboration; Adequate Resources; Data Collection, Analysis, and Sharing; System Accountability; Victim Safety and Empowerment; and Adult and Juvenile Offender Accountability. The complete description of the Project ONE vision, mission and key principles are available here.

Clearly, the key principles of Project ONE should inform judicial practice in every court. Litigants should always be treated respectfully; decisions should always be just and rendered timely; victims should always be safe and empowered; and both children and adults should always be held accountable for their actions or inactions. Courts should adopt programs that are evidence-based or show promise and best practices to implement them. Courts should also collect and analyze data to ensure that those programs and practices are effective. The key principles are particularly important in the Project ONE context because making a commitment to a holistic approach to individuals and families requires courage, determination, and the willingness to challenge the status quo. Judges must convince those within their courts and those who fund their courts that this approach is better for children, families, and the system itself. When courts are fully staffed, services are readily available, and technology is up-to-date, judges are able to make timely and fully informed decisions. Those decisions lead to greater compliance with court orders, and fewer hearings. Making the best and most meaningful use of everyone’s time benefits the system as well as the parties.

Six courts and their lead judges have accepted the Project ONE challenge and are receiving technical assistance from NCJFCJ as Model Project ONE courts:

How would Project ONE have helped me with my Smith case? With the right technology, I would have had ready access to all of the information about the family, their needs, and any available services when I entered the courtroom. All cases would have been consolidated and the hearings coordinated to reduce the number of trips to court. Resources, such as counseling, education, and supervision, would have been maximized to best serve the family’s needs. There would not have been conflicting orders among the judges, leading to non-compliance and distrust of the system. Applying the Project ONE key principles would have allowed me to make better- informed decisions, in a timely fashion, and with a higher likelihood of compliance. That would have been good for the Smiths, for their children, for the Court, and for the system.

Judge Karen Adam has served as faculty for The National Judicial College since 2007 and is a frequent lecturer on juvenile and family law topics, including self-represented litigation issues. She recently retired this year, but started on the bench in 1981 and was appointed a superior court judge in September 2010. She has served as a city court magistrate and as a commissioner on the juvenile, probate, and family law benches. Judge Adam is a member of the Self-Represented Litigants Network, the National Council of Juvenile and Family Court Judges (NCJFCJ), and the National and Arizona Chapters of the Association of Family and Conciliation Courts. Judge Karen Adam is a faculty member for the Best Practices in Handling Cases with Self-Represented Litigants course. This course helps judges move a self-represented party civil docket expeditiously, use settlement techniques in cases involving SRLs, summarize the limits on assisting self-represented parties and more. The course will be taught March 7-10, 2016 in San Diego and Oct. 31 to Nov. 3, 2016 in Reno.