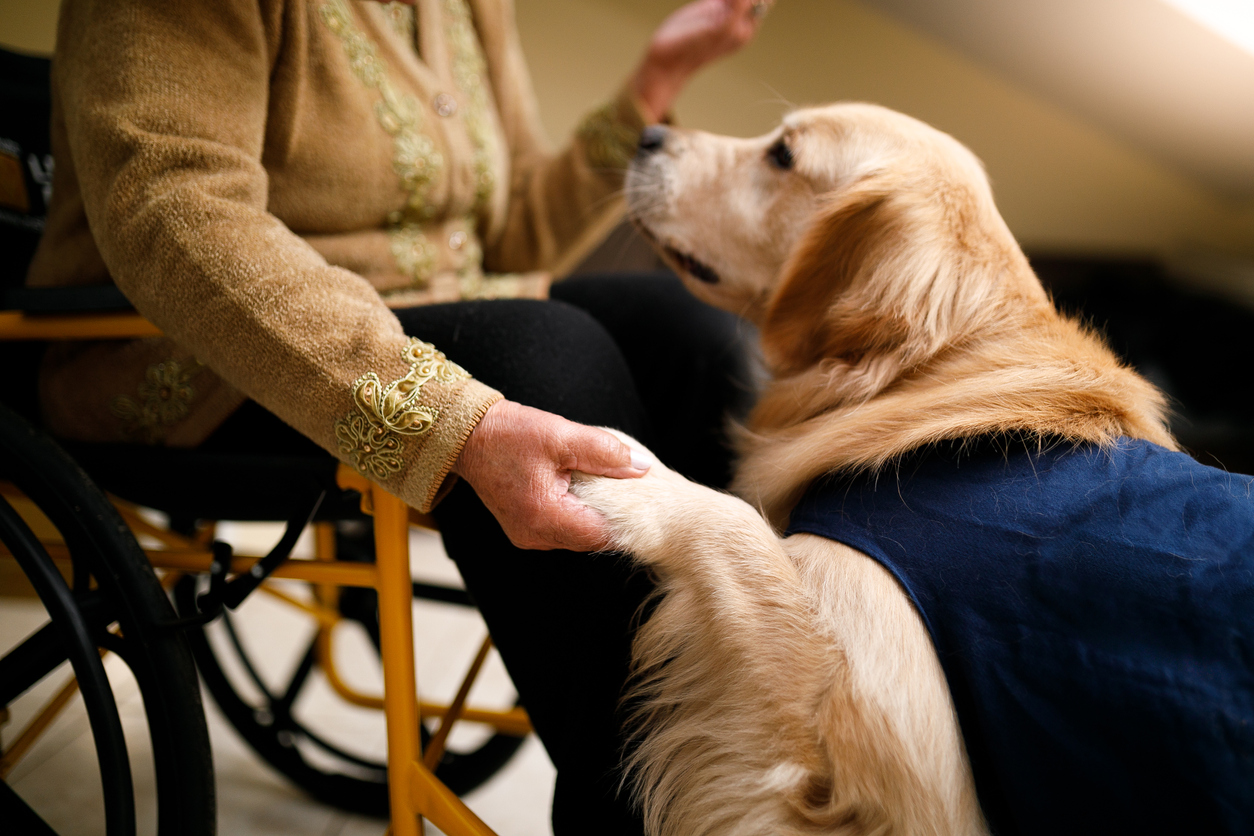 Our September Question of the Month asked NJC alumni, “Would you allow a professionally trained facility dog in the courtroom during a trial to assist a victim or vulnerable witness while giving testimony?”

Of the 797 judges who responded to the emailed question – a high number compared to previous polls – nearly 90 percent said yes. Of the 272 who left comments, the majority essentially said, “Why not?”

“If this measure gives a victim or witness the ability to testify, we will have provided for a just proceeding,” wrote Spokane County (WA) Superior Court Judge Ray F. Clary.

Other judges voted yes on dogs but only with preconditions. There had to be demonstrated need. All parties would have to be allowed to use the dog, and both counsel would have to approve. The jury would need to be informed that the witness was not more vulnerable because of the dog. And the dog would have to be kept out of sight of the jury.

Some judges said they would permit seeing-eye dogs and the like but not emotional support dogs.

Among the 10 percent of judges who were not favorable to canines in court, jury trials were a common concern.

One anonymous judge worried that a visible “comfort” dog could weaken the presumption of innocence for the accused.

“[T]he presence of the animal permits the jury to draw the inference that the complainant is terrified or overwhelmed, allowing sympathy and/or prejudice to be interjected into the proofs,” the judge wrote.

Another anonymous judge who serves in a jurisdiction with a large Muslim population warned that “not all cultures love dogs.”