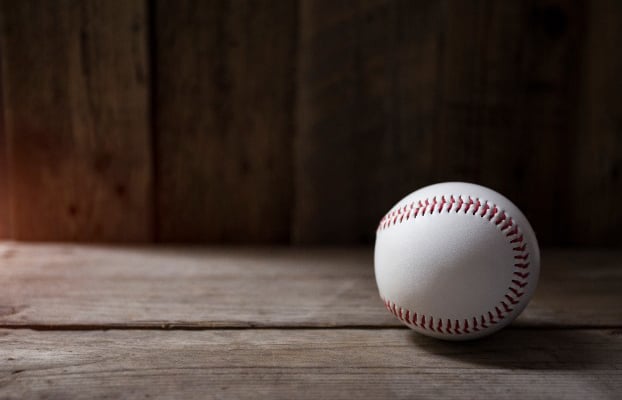 Take Me Out to the Courtroom: A Look at Baseball Cases in the Florida Courts
July 11, 2016

Baseball, more than any other sport, has had a central role in American life, and regularly finds itself in court. As a result, there are now more than 10,000 published judicial decisions regarding baseball. While many writers have examined these decisions from a national or holistic perspective, this article will discuss those cases originating in Florida’s courts.

Florida has long been a hotbed of baseball activity.[i] Today, the state is home to two Major League Baseball (MLB) teams, 14 minor league teams, 15 spring training sites, both of the schools that train future big league umpires, and numerous college, high school and youth teams.[ii]  As a result, its case reporters are filled with baseball opinions that stretch back more than a century.  Collectively, these judicial opinions chronicle the significant impact that Florida’s bench and bar have played in the development of America’s pastime.

“Just as the common law derives from ancient precedents, judges’ decisions, rather than statutes, baseball’s codes are the game’s distilled mores.  Their unchanged purpose is to show respect for opponents and the game.  In baseball, as in the remainder of life, the most important rules are unwritten.  But not unenforced.”  George Will.

On June 5, 1905 the Florida Legislature with the signature of Governor Napoleon B. Broward passed a law that banned the playing of baseball on Sunday.[iii]  The ban on Sunday baseball was not just a Florida issue, it was a national issue designed to encourage church attendance (for the non-religious, the prohibition was justified as ensuring there would be at least one day of peace and quiet each week).[iv]   When the ban was challenged in Florida, the Florida Supreme Court acted swiftly, and before the year was over, quickly upheld the newly-enacted law against multiple constitutional attacks.[v]

However, with political pressure on legislators from various citizen groups to change the law and allow the playing of baseball on Sunday, the Florida Legislature with the signature of Governor Albert Gilchrist on June 3, 1911 enacted a compromise and passed a law delegating to cities the power to pass ordinances superseding or repealing the ban on Sunday baseball.[vi]  The new law was challenged when twenty-one days later on June 25, 1911, baseball was played in Pensacola after the city repealed the Sunday ban.[vii]

Although the Florida Supreme Court ruled in 1911 that baseball could be played on a Sunday, the legislature took until 1969 to repeal the original 1905 statute.[viii]

Judges have played an important role in baseball and obviously, Judge Kenesaw Mountain Landis, the first commissioner of baseball always comes to mind.[ix]  After being named commissioner (with a salary of $50,000), Landis, to the surprise of many, refused to give up his federal judgeship (a job that paid just $7,500), leading to a bitter campaign calling for his impeachment.[x]  In 1922 Landis finally agreed to resign from the bench, and as a result, in 1924 the American Bar Association (which in 1921 had censured Landis) formulated its Canons of Judicial Ethics (now the Code of Judicial Conduct), which warns judges to avoid even the appearance of impropriety and forbids outside employment.[xi]

Discipline of the Florida judiciary rests in the hands of the Florida Supreme Court and the Florida Judicial Qualifications Commission, which was created by the Florida Constitution.[xii]  When a judge violates the Code of Judicial Conduct, the judge can face a range of consequences from a public reprimand to removal from office.[xiii]

Besides Judge Landis, judges have enjoyed spending their leisure time taking in a baseball game. However, judges must be certain that their attendance at the game does not lead to questions of ethical violations.  Florida is not immune from allegations of judicial misconduct when it comes to our National Pastime.

The Florida Supreme Court gave a public reprimand to a judge for accepting free Florida Marlins baseball tickets from a law firm.[xiv]  The court concluded the conduct of the judge violated several canons of the Code of Judicial Conduct and was “so egregious to require a public reprimand” for accepting free baseball tickets approximately 15 times from 1994 to 1997 from a firm whose lawyers appeared before him in at least two cases.[xv]

The issue of a judge taking baseball tickets from a law firm who appears before the judge has recently reemerged.[xvi]   The judge was charged with misconduct by the Florida Judicial Qualifications Commission for requesting and accepting tickets to a Tampa Bay Rays game from a law firm while he was presiding over their client’s case against a business.  During the case it is alleged the judge requested and received tickets to four different Rays games from the same law firm, and that the tickets were not disclosed to the other law firm at the time the tickets were given to the judge.[xvii]

At a 2008 charity auction, Miami Marlins President David Samson jokingly announced he was putting the team up for sale and in jest accepted a bid of $10 million for the team.[xviii]  During the pendency of the case, the trial court judge informed the lawyers that he was a fan of the Marlins and regularly attended Marlins games, but that he paid for his own tickets.  The plaintiff sought to have the judge removed by filing motion for disqualification.[xix] The judge denied the motion, and the case was later dismissed by the plaintiff.  The denial of the motion for disqualification was never appealed, however in an unrelated matter an appeals court ruled that the case should remain closed after the plaintiff filed a dismissal.[xx]

The baseball rule was first announced more than 100 years ago in Crane v. Kansas City Baseball and Exhibition Co.[xxi]  A fan sued after being struck and injured by a foul ball.  The Kansas City Court of Appeals ruled that foul balls are a fundamental part of baseball; being struck by a foul ball is a well-known risk of attending a baseball game; and the plaintiff chose to sit in a part of the stadium that was not protected.[xxii]  The rule immunizes stadium operators and owners from liability for injuries caused by baseballs and bats so long as they provide an adequate number of screened seats.

And, so it has been.  Over the years, courts have narrowed to meaning of the rule, but the rule still stands.  In Martinez v. Houston McLane Company, the court points out to the following jurisdictions that have adopted the baseball rule since 2000; Michigan, New Jersey, Nevada, New Mexico, and Virginia.[xxiii]  MLB is considering a uniform policy on netting in ballparks, but for the 2016 season is allowing clubs to make their own decisions.[xxiv]

Somewhat surprisingly, the Florida Supreme Court has not had to construe the Baseball Rule, however there is a case pending in Miami-Dade County by a woman who has sued the Miami Marlins after “Bob the Shark” (a Marlins mascot in “The Great Sea Race”) allegedly injured her during a baseball game in 2013.[xxv]

“Judges are like umpires, umpires don’t make the rules, they apply them. The role of an umpire and a judge is critical. They make sure everybody plays by the rules. But it is a limited role, nobody ever went to a ballgame to see the umpire.” United States Chief Justice John Roberts.

[iii] Governor Broward served as Florida Governor from 1905 – 1909.  Prior to his election he was a steamboat pilot and used his tug, The Three Friends, to smuggle guns to Cuban revolutionaries prior to the Spanish-American War of 1898.  http://dos.myflorida.com/florida-facts/florida-history/florida-governors/napoleon-bonaparte-broward/

[vi] Governor Gilchrist served as Florida Governor from 1909 – 1913. He was a brigadier general of the Florida militia until 1898, when he volunteered for service in Cuba during the Spanish-American War.    http://dos.myflorida.com/florida-facts/florida-history/florida-governors/albert-waller-gilchrist/

[vii] Nickelson v. State ex rel. Blitch, 57 So. 194 (1911).  The court found the Petitioner Blitch, a local minister lacked standing to bring such an action in “the name of the state.”