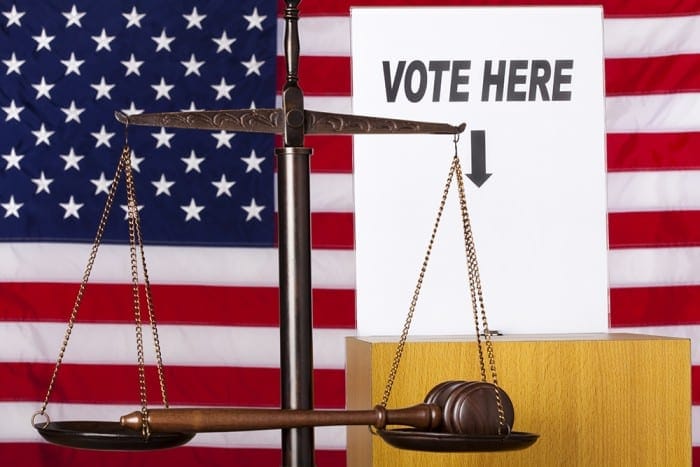 The age-old question: Should judges be appointed or elected? Here’s what you said
June 17, 2017

It’s nearly as polarizing as asking basketball fans who’s better: Michel Jordan or LeBron James?;  asking the table which toppings to order on the pizza; or asking science fiction fans to choose between Star Wars and Star Trek.

This month’s Question of the Month asked judges if they felt judicial positions should be filled by appointment or election. More than a thousand judges voted, and 63 percent indicated they preferred appointments (they had to choose one or the other). More than 330 added comments, which varied widely and were often intricate and passionate.

The comments made it abundantly clear that judges care deeply about the independence of the judiciary and the integrity of the process that puts them on the bench. But they disagreed about which method—appointment or election—best serves judicial independence.

Of the majority in favor of appointments, many cited ethical concerns with elections and campaigning. They argued that fundraising can create conflicts of interest, particularly when the sources of those funds are law firms and attorneys.

Many judges noted that elections can tempt their peers (if not themselves) to announce their positions on laws and other topics in violation of the Model Code of Judicial Ethics. One anonymous judge (nearly all who left comments did so anonymously) considered the ethical issues with election campaigns “insurmountable.”

Other judges noted that the public generally has no valid information from which to cast an informed vote for a judge. One said people voted for him/her because they “liked my smile or my signs.”

Another complained that election force judges to “take time away from what we are paid to do – be fair and impartial judges, rule on cases in a timely manner, and not be swayed by public opinion.”

Many favoring elections gave the same reason as those opposed to elections: judicial independence. They think relying on the voting public frees judges from having to curry favor with legislators or governors.

“Elections are largely in the open and not subject to deal making [or] behind-the-scenes influences,” said one judge. Judicial appointments, said another, “are too easily controlled by the political whims of the appointing entity. ”

A third said elections can help boost diversity. “As an African-American female,” one judge confided, “I would not have had the opportunity [to be appointed] in a predominantly white male political environment.”

A combination of the two is better

Many judges said they favor initial appointment by an independent and qualified committee followed by a retention vote after a specified period of service.

Several cited the Missouri Plan, which features merit-based appointments through judicial nomination commissions followed by a retention vote after a year. A simple majority of “yes” votes keeps the judge in office for a full term.

“Appointment with retention … provides accountability and keeps money and politics out of judicial selection,” one judge commented.

Among the dissenters was a judge who said a retention election “chills judges from making unpopular opinions.” The judge cited the case of three Iowa Supreme Court justices who lost retention votes in 2010 following the court’s decision to legalize gay marriage.

Many judges said the answer depends on variables such as the type of judgeship. Appointments are better suited for appellate judges, specialized court judges, administrative law judges, or limited jurisdiction judges. Elections might be more appropriate for general jurisdiction trial judges, they said. Other judges noted that the size of the judicial circuit or municipality plays a factor. In small circuits, judges are known and accessible to the public, allowing for elections to be based on informed decisions. In large circuits, judges are not as widely known by the public and elections are more expensive, so appointments may be the better fit.