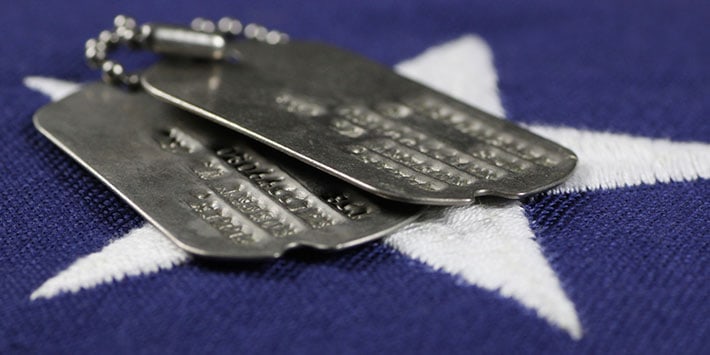 Battle fatigue. Shell shock. Soldier’s heart. These are terms that have been used to describe posttraumatic stress disorder, or PTSD, incurred by members of the military. The term PTSD was coined during the Vietnam Era in the early 1970s. Although PTSD can be sustained by anyone who suffers sufficient trauma, the discussion of PTSD in this article is limited to military veterans. The National Center for PTSD estimates that 15 percent of Vietnam veterans, 12 percent of Desert Storm veterans, and 11 percent to 20 percent of Operations Iraqi Freedom and Enduring Freedom have PTSD.

“My family is with me today. They wanted to come with me. To be honest with you, I wasn’t sure how I’d feel coming back here. … I tried to live my life the best that I could. I hope that was enough.”
— Former Private James Francis Ryan, addressing the grave of Captain John Miller, from the movie Saving Private Ryan

Depending upon the source, the first Veterans Treatment Court (VTC) began in 2004 in Anchorage, Alaska or 2008 in Buffalo, New York. See M. Perlin, “John Brown Went Off to War”: Considering Veterans’ Courts as Problem Solving Courts, 37 Nova L. Rev. 445, 465 (2013). Today, there are more than 80 VTCs nationally. A VTC can be defined generally as a Court or docket within a court that is specifically dedicated to criminal cases in which the person charged is a veteran and the alleged criminal behavior is related to PTSD, or PTSD and a co-occurring disorder such as alcoholism or other chemical dependency. Some VTCs also accept veterans who received traumatic brain injuries. The National Association of Drug Court Professionals (NADCP) views VTCs as a hybridization of Drug and Mental Health Courts.

As with any other form of therapeutic court, the people who comprise the “team” — the judge, prosecutor, defense attorney, probation, among others — either have expertise or receive training in the substantive area of the court’s mission. In the case of VTCs, the team members have experience or receive training in military culture, the effects of and treatment for PTSD, substance abuse issues, and interacting with the United States Department of Veterans Affairs (VA). In fact, the VA pays for many of the services that a VTC participant accesses. Most, if not all, VTCs include someone called a Veterans Justice Outreach Coordinator (VJOC) on the team. VJOCs work for the VA, and help the veteran navigate the difficult VA benefit system.

Two things differentiate a VTC from other therapeutic courts, such as Mental Health Courts or Drug Courts. The first is the requirement of previous military service. The VA benefits, which pay for most of the treatment, are available to people who received an honorable discharge or a general discharge under honorable conditions. The reason this requirement matters is that VA benefits are not available to someone who is still in the military or to someone who was discharged under less than honorable circumstances. The participant need not have developed the PTSD as a result of combat, but does need to be eligible for VA benefits.

The second is the unique setting within the VTC. For example, many VTCs display flags or other indicia from the five branches of service (alphabetically, Air Force, Army, Coast Guard, Marines and Navy). Participants remain in court during the entire calendar, not just for their hearing. This helps form a bond with other participants. Members of the military are taught not to display weakness and not to demonstrate any vulnerability. PTSD also tends to limit the sufferer’s ability to form relationships. By having the participants remain throughout the entire calendar, the VTC helps foster comradeship and dispel the notion that the participant has to deal with PTSD alone. It also helps participants realize that they can rely on others. This is consistent with the military norm of forming a team.

Judge Finkle will present the Webcast Therapeutic Courts: A Systemic Approach to Social Justice on March 8, 2016 from 3 p.m. to 4:15 p.m. EST