Bias is a learned characteristic. Churches, mosques, synagogues, schools, news media, entertainment, sports organizations, hobbies, political parties, legal institutions, families and friends are just some of the many teachers. I discovered some of my own predilections as a law student at Indiana University School of Law in Bloomington. In the entire student body there was one African-American male. There were three white females, fewer than five Jews, no Arabs and one Asian (what we then called “Oriental”) male. In 1968-1970 that mix seemed fine to me. Most students looked and sounded like me. Those who did not, did not raise any issue about it, nor did I.

As a practicing attorney for 10 years I never appeared in front of a female, black or Asian trial judge. I did appear in front of one Jewish trial judge a few times; it was OK.

I realize the demographics of law schools and trial courts have changed greatly in 50 years. My concern is the learned biases may have survived the new order, at least in the general behavior of the judiciary. Or, if some implicit biases have withered in the face of changing faces, have those prejudices morphed into others?

When faced with trying a case with a black protagonist or antagonist, I sometimes remind myself of a case I prosecuted in 1974. The defendant was a black, dreadlock-wearing frequent flyer whom I had prosecuted for two prior felonies. His experienced white attorney pleaded for the defendant to not take the stand in front of the white judge and white jury and subject himself to my fiery cross-examination and the exposure of his unappealing rap sheet. However, the defendant loudly professed his innocence, of at least the crime in question, and demanded to tell his story. I was salivating.

George Willie, the defendant, took the stand, looked each juror in the eye, and said, “I may be a criminal, but I did not break into that building and steal that television.” Then he turned to me and said, “Redwine, why is you always after me? We should be on the same side—the white man stole your land!”

Well, the jury agreed with George Willie, and I learned a lesson about my own implicit bias and George Willie’s. I just hope I never forget to apply this knowledge when I am judging others. I must acknowledge my implicit biases, bring them up in my analysis, and then prevent them from affecting my judicial behavior and judgments. Of course, knowing that a problem exists and understanding that it should be addressed do not guarantee a sentient judge will apply lessons learned to learned biases.

George Willie’s bias, as represented in his assumption that I was a Native American and therefore must be prejudiced against the white power structure, was a revelation to me. I was born on the Osage Nation in Oklahoma, where Indians were an assimilated part of the power structure. My friends were Indian and white, but to me they were just friends. Until George Willie’s bias placed me in a minority, I had never experienced the sense of being different or less than the majority. Thanks, George Willie. It was instructive that where I saw no difference in whites and Indians, I had learned in the segregated culture of Oklahoma in the 1940s, ’50s, ’60s and ’70s to make negative judgments about African Americans.

The following is another example—there could be many—of my own implicit biases.

I served in a case in which a 12-year-old African-American girl claimed she was raped by five teenage African-American males. My instincts led me to believe her in that case of sexual misconduct because she was, first of all, female and, secondly, young. But I regret to admit, because the defendants were young, black males, that I found myself almost apoplectically unable to fairly judge the young men who had been waived to adult court and faced many years in prison.

Fortunately, the local black community was not subject to my particular biases. Several black witnesses stepped up and established that the girl was more a juvenile Jezebel than an ingenue. As the evidence developed, I realized I could have easily allowed my prejudices to help create several grave miscarriages of justice. Fortunately, the jury saw things more objectively.

As a judge I endeavor to remember the all-white church where I spent my first 18 years, the mostly white law school where I studied precedent while failing to recognize prejudice, and the practice of law in which what I thought was open-mindedness was nearer to myopia. Today when judging, I strive each day to unlearn those lessons. 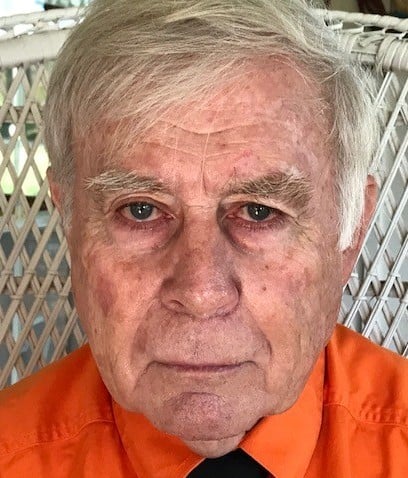 Jim Redwine is retiring later this year after 38 years on the Circuit Court bench in rural Posey County, Indiana. An alumnus of the College many times over, he joined the faculty in 1998 and has taught hundreds of U.S. and foreign judges in this country, abroad and online. He specializes in libel/slander, trial skills, probate, criminal law and rural courts. He is the author of Judge Lynch! (2008) and a weekly newspaper column, “Gavel Gamut,” collected into the anthology Gavel Gamut Greetings from JPeg Ranch (2009).