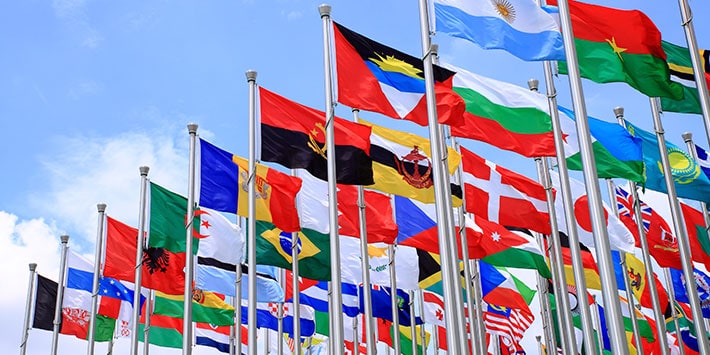 By: Judge Marshall A. Snider

Judge Judith Mediate has been asked by her chief judge to conduct a settlement conference in a commercial landlord-tenant dispute. The disagreement between the parties centers on the issue of whether the landlord has made all of the improvements to the property required by the lease. The landlord, who comes from Virginia, was represented by counsel. The tenant, a native of a Southeast Asian nation, attended the settlement conference without an attorney.

Judge Mediate, a skilled dispute resolution professional, conducts the settlement conference using the interest based negotiation techniques found in the classic negotiation text Getting to Yes. As a result of Judge Mediate’s efforts the parties reach agreement during the settlement conference. The landlord’s attorney agrees to draw up a settlement agreement reflecting the resolution reached by the parties at the conference. But when that agreement is sent to the tenant for his signature, the tenant declines to sign.

Judge Mediate is perplexed. She was able to assist the parties in getting to “yes,” yet the deal fell apart. What happened? “What happened” may have involved the negotiation culture in the tenant’s native land, in which saying “yes” does not necessarily reflect agreement. A person from that culture may indicate agreement just to be polite, or because that party does not want to disappoint the other party or the settlement judge. Perhaps it is a question of letting the settlement judge “save face” by not appearing to have been unsuccessful in her efforts.

Cultural norms in dispute resolution may involve many factors, such as whether the culture of a party is individualistic (as in many Western cultures), or a collective culture as in this example. Even the process of the negotiation may be influenced by the background and culture of the participants. For example, some individuals, described as monochronic, are focused, and want to get right to the point in a negotiation, moving step by step toward a resolution. On the other hand, individuals who are polychronic may jump from topic to topic and not get to the point right away. In cultural terms, it may be considered rude to get right to the point without small talk to begin the negotiation. A negotiation between a person from a monochronic culture and someone from a polychronic culture can be challenging to a neutral who is attempting to assist these parties to reach an agreement.

There may also be cultural differences in how direct a person is in communication. Some cultures are very direct; “No, I won’t do that.” In another culture people may feel it is not necessary to be that direct and may say something like “that would be difficult for me,” which in their mind equates to “no.” These differences in meaning may lead to misunderstandings which inhibit the ability of people to come to agreement.

Body language across cultural lines also can impact negotiations. Does a smile indicate agreement or embarrassment? Does a nod of the head mean “I agree,” or only “I understand what you are saying”? Eye contact reflects sincerity in some cultures but is aggressive or challenging in others.

So, must a dispute resolution professional be an expert in understanding all cultures? If a settlement judge or mediator deals with a particular culture on a regular basis she is likely to pick up on these cultural clues and incorporate her understanding of the culture into her skill set in helping people reach agreement. But even if one is not familiar with particular cultural differences, there are steps that can be taken to account for these differences. First, a settlement official should be alert to the possibility that cultural norms are affecting a negotiation. Next, respect other cultures. We must be aware of our own ethno-centrism and not assume that our way of conducting business is the best. Finally, allow people to negotiate in their own way; for example, it may not be helpful to point out to a person from a collective culture that a particular solution is best for that individual.

Assisting parties in negotiation who come from varying cultures can be challenging. Still, when a judge or mediator recognizes and accounts for cultural norms the experience can be quite rewarding.

Judge Marshall A. Snider currently works as an arbitrator and mediator in Denver. He retired as an administrative law judge for the Colorado Office of Administrative Courts in Denver in 2005 after 22 years. He served as deputy chief judge and chief judge of that office from 1998 to 2005. During his career, he specialized in litigation, administrative law, and worker’s compensation. Judge Snider is an alumnus of The National Judicial College and has served as faculty since 2003.