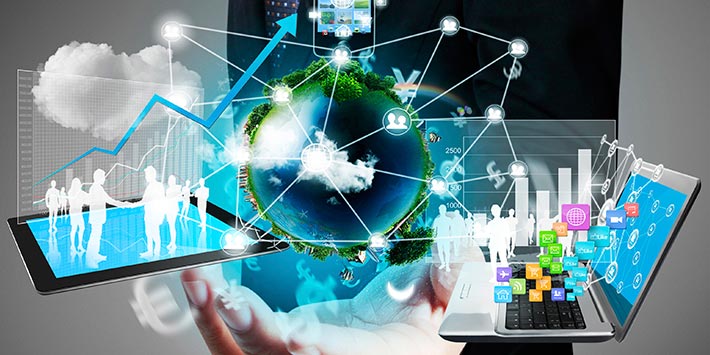 Electronic technology is everywhere. Our work and personal lives are filled with it. Computers, tablets, smartphones and GPS devices come to mind. Each hardware uses software to create content that we broadly call electronically stored information or “ESI.” That content also is everywhere, and it takes many forms that either enhance or diminish the discovery process.

Due to the ubiquity of ESI and the devices creating it, we should not be surprised that increasing volumes of ESI are arriving in our courtrooms. It is a small step to recognize that our work involves more and more technology generated information and that the judge needs to be ready when it arrives. The judge needs to understand the elements in preserving, identifying, locating, securing, producing, inspecting and admitting the information, and possible sanctions for failures in the process. In addition to my full-time bench job, I teach about ESI at the National Judicial College and around the country. So, when ESI evidence is proffered, after you scream “why me?”, smile politely and nod, think of your “happy place”, and relax. After dissecting the matter, you can handle this. To help you get there, I offer these 5 tips:

Whatever the situation, you have options. Decide where the case is procedurally and what it is about substantively. Ask: Are the issues or amounts sufficient to warrant significant judicial resources or client expense (and if not, move on)? Is the case just starting out and sufficiently weighty to warrant judicial discovery management? Has the ESI discovery process ground to a bickering, finger-pointing, unproductive halt? Are there self-represented litigants showing up for a hearing or trial with two flip-phones full of ESI they want to introduce? As you can see, judicial guidance with ESI evidence may need to occur at any stage in the proceedings.

For a new case, start with your jurisdiction’s equivalent to Federal Civil Rules 16 and 26, which provide a basis to probe counsel on the nature, extent and special problems with ESI. Remind counsel and their clients of the obligations to preserve ESI. Also remind them that most state equivalents to Federal Rule 26 direct that courts maintain proportionality of the amount in controversy, the depth of ESI requested, and the costs associated with that discovery.

In mid-litigation cases with problems, remember that you have a gavel. Sometimes you must use it. Most cases can be salvaged, even if they are floundering because of a lack of early case management (by the parties or the court), unproductive lawyer relationships, or other obstacles to the orderly identification and production of ESI. The lack of early identification and preservation likely means some ESI is gone. That is the ephemeral nature of ESI. However, the court’s overarching goal is to manage what exists. Leave the rest for sanctions, as discussed below.

A case with advanced stages of decay likely requires the direct and sometimes prolonged personal attention of the court, the lawyers, and their clients. Remembering that proportionality is the polestar directive in ESI cases, controversies with sufficient amounts at risk probably require the personal attention of the person for each party most knowledgeable about the technology and information involved, as well as any technology experts they have retained. While court administrators and presiding judges cringe when the words are thought (much less spoken), hiring a special master to assist the court might be advisable in complex cases.

2. Decide if discovery management is necessary.

Consider issuing a scheduling order addressing ESI. Model orders abound on the internet. I recommend Judge Paul W. Grimm’s work in the Maryland Federal Courts.1 The Sedona Conference Principals also are useful for those new to this topic.2 Depending on the anticipated discovery under Rules 34 (interrogatories) and 45 (subpoenas), it might be advisable to specifically address the parties’ obligations for identifying, locating, securing, producing and inspecting ESI in their possession or in the possession of others.

Most courts addressing the question conclude the same evidentiary considerations apply to ESI as apply to other evidence. The court in Lorraine v. Markel Insurance,3 said the admissibility of ESI can be broken down into “a series of hurdles to be cleared by the proponent of the evidence.” The Lorraine hurdles are: (1) Is the ESI relevant under Rule 401?; (2) Is the ESI authentic under Rule 901?; (3) Is the ESI hearsay or subject to an exception under Rules 801-807?; (4) Is the form of ESI an original or duplicate under Rules 1001-1008?; and, (5) Is the probative value of the ESI substantially outweighed by the danger of unfair prejudice under rule 403? Judges are familiar with these analytical steps for admission of evidence. You know this stuff.

Discovery failures can occur even after the parties and counsel act in good faith and have tried to collect and distribute information related to the litigation. But most often this is not the case. Jaded by history, judges know discovery failures usually are the fruition of one party’s plan to thwart the revelation of harmful information. Most state equivalents to Federal Civil Rule 37 provide for discovery sanctions, including suggested remedies. The standard sanction considerations generally apply to ESI cases.

Additionally, amendments to the 2006 Federal version of Rule 37(e) added an exception to the sanction rule for “failing to provide electronically stored information lost as a result of the routine, good-faith operation of an electronic information system.” The exception is narrow. First, the court is only restricted from imposing sanctions “under these rules.” Other sanctions, such as under the inherent authority of the court or by way of lawyer disciplinary complaints, remain available. Also available is the opposing litigant’s claim for spoliation of evidence which can lead to an adverse inference jury instruction or an independent tort claim. Second, the exception is limited to good faith and routine circumstances, such as where a computer overwrites data without human intervention or before human intervention can occur. As explained in the 2006 Federal Rule comments, “The ‘routine operation’ of computer systems includes the alteration and overwriting of information, often without the operator’s specific direction or awareness, a feature with no direct counterpart in hard-copy documents.”

In the long run, judicial understanding of the nature of ESI evidence is a necessity for the fair and impartial administration of justice. The fact that counsel or parties may have greater knowledge about electronically stored information does not change the judge’s role as decider of the legality and admissibility of the proffered evidence. As the Honorable J. Holrody observed in 1822, “Certainly, no evidence will be received but what is legal evidence — at least, none but what the Judge thinks is legal; you may take that for granted.”4 I encourage all judges, at any jurisdictional level, to continue to learn more about ESI. ESI evidence is here now, in your courtroom, and you need to know about it.5

Justice Crothers sits on the Supreme Court of North Dakota. He joined the NJC faculty in 2006. NJC Program Attorney Melody Luetkehans contributed to this story.