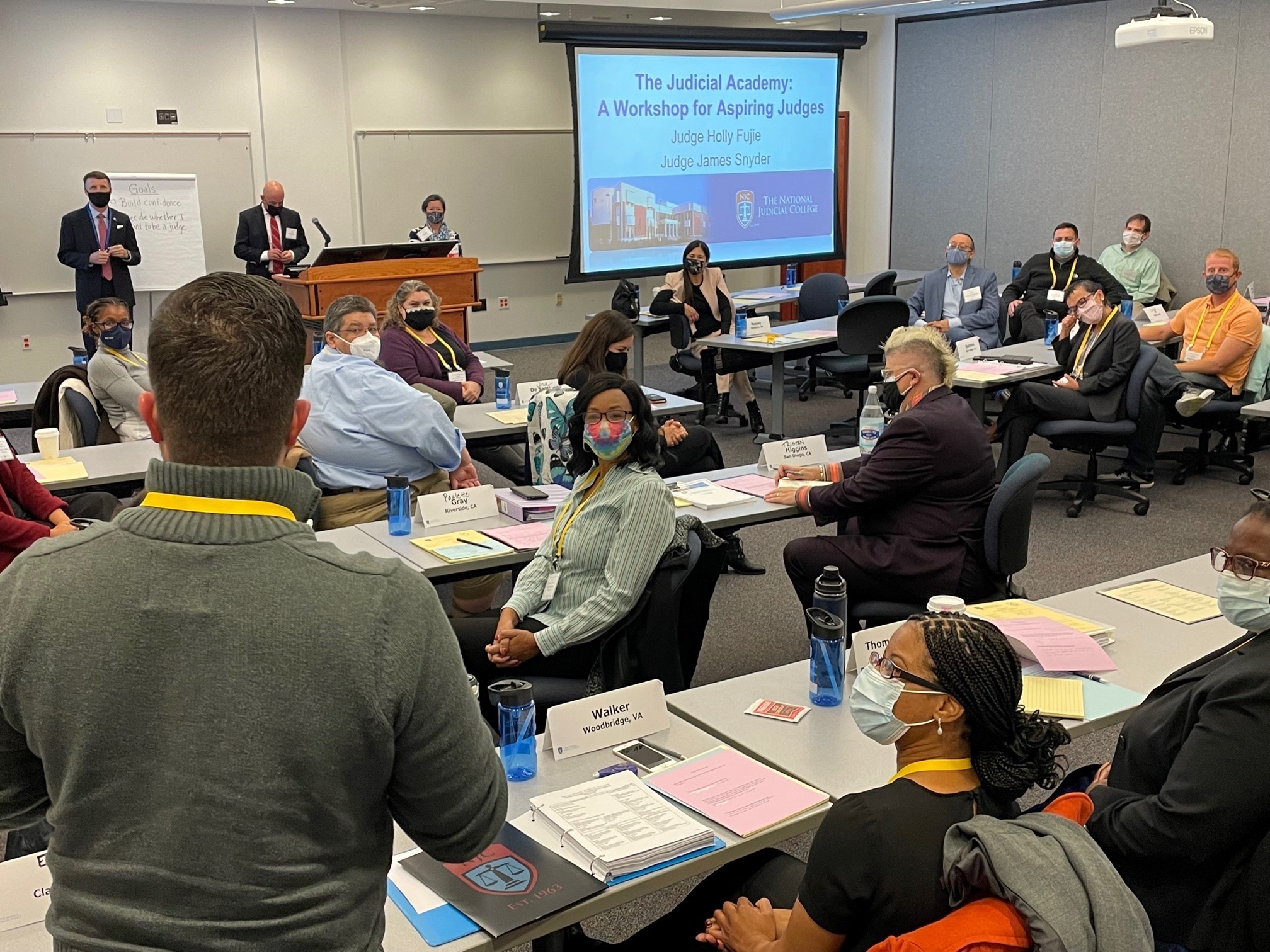 The second Judicial Academy for attorneys who aspire to become judges is happening this week at The National Judicial College. Six members of the inaugural course have now made it to the bench. We asked four of the nearly 30 participants in this year’s class why they want to become a judge.

“My mom was in an organization called the Post. It was a like a military organization, part of the local VFW (Veterans of Foreign Wars). They had a structure, and whenever they would have disputes they would look to the judge to resolve the dispute. That seemed like something I would want to do. The judge would make the decision and then it would be done – we’re not going to keep fighting about this. That was appealing to me.”

As a young child growing up in northwest Pasadena, she says she would often walk to the library, which was 2-3 miles away from their apartment. Across the street from the library was a courthouse. She would sometimes go in with friends and peek in the windows of the various rooms to see what was going on. “One day, she said, “this person came from what looked like an invisible door wearing this black robe, and I was just like, ‘Who is that?’

“Where I grew up, there were no doctors or lawyers or people like that in my neighborhood. I’ve always found the law intriguing because there were people in my neighborhood who got arrested and I would often wonder where they were going. One individual went away – I didn’t know anything about juvenile delinquency or court. So one of the reasons why I chose the administration of justice as my area of distinction when I went to Pasadena City College was because I saw the injustices in my neighborhood. I I thought if I learned about the administration of justice and became a part of it, then I might actually be able to make a difference. The reason I want to become a judge is to make a difference.”

“Since college, I wanted to participate in trials and trial court. To me, the work of judges is a way to expand public service and deepen it. It’s been on my radar for the past six years, and I really got serious about it about four years ago.”

“I became a lawyer to help people, and I feel like if you have a judiciary committed to that same principle, then the whole system just gets better.”