I asked my family what it was like having a judge for a husband and father. This is what they said
March 23, 2020

When I used the term “judicial family” during my career, I was always referring to the men and women in the Tennessee judiciary, present and past. It has been a blessing to share my work life with so many quality people. I am a better person and judge because of them.

But I have another judicial family, my actual immediate family, which consists of my wife, Rita, and our four children: Julia, Taylor, Hugh and Joy.

After nearly 25 years on the bench, I decided to learn more about how my service affected these people I love with all my heart. I asked them to share with me, and you, their perspectives. I told them I wanted the good and the bad.

“Being married and living in a home with a judge means always striving to be honorable and serving at our highest level. Don has always made me a better person, always looking to do, and always in hopes of doing, what is right. He sometimes thought our children should live this way as well, even when they were at a young age and not really able to understand what it meant to be in a judicial family. Don is occasionally a perfectionist and expects nothing less for himself and each of us.”

I never thought of myself as a perfectionist. Evidently, I was wrong because Julia wrote:

“Perfectionism is a quality our Dad has, and sometimes it was unattainable or unachieved.”

I was surprised that almost all of the comments from my children mentioned security. Taylor recalled:

“As a little boy I remember vividly getting an alarm system after Dad was elected judge. That in itself shook me. I was in fear of someone wanting to hurt my Dad because he made a ruling or someone did not like him.”

Each of the kids talked about death threats against me and their memories of the police watching our home.

I wish I had been more concerned about my family’s security. I attended several seminars presented by the U.S. Marshals office that included discussions about family security. On a couple of occasions, I did receive death threats and did not mention them to my wife and children. I didn’t want them to worry. I failed to understand that my silence could have put them at risk.

I also did not fully understand how the children felt about the pressure of my judgeship or how it affected their relationships.

Joy wrote, “I learned quickly about people I should not hang around with, and sometimes people would not be my friend because of my dad’s job.”

Julia wrote, “I learned early on that, ‘You are who you hang out with.’ Being in the public eye gave me no choice but to remember that line, which was repeated every time I left the house.”

When I first was elected, my children were 13, 12, 12 and 7. I think I did some positive things, like inviting them to court so they could see me work. We had many discussions about the legal system. On occasions when the press covered hearings, I explained procedures.

But I fell short in explaining my ethical responsibilities and how family members need to avoid pitfalls.

Cynthia Gray of the Center for Judicial Ethics prepared a great “Ethics Guide for Judges and their Families.” Although judges cannot be disciplined for their family’s ethical missteps, we’re supposed to warn them about the hazards of ex parte communications and potential subtle efforts by others to influence a judge through family members.

Writing this piece gave me new insights into how my being a judge affected my family. I never considered how difficult it was to be in a family with a public figure constantly in the press. I have apologized to each for occasionally pushing too hard and not regularly discussing the challenges of being Judge Ash’s children.

On the other hand, I was heartened by some of the comments they shared and will cherish those forever.

Joy wrote, “Even though I’m in my 30s, my dad is my best friend. He has taught me to appreciate every moment and embrace every opportunity.”

My sweet wife, Rita, shared, “He lives with joy in his life and still remains to serve with honor at the highest level. He has been a wonderful example to our family.”

And our oldest, Julia, wrote:

“I am proud to be a judge’s daughter and to have been raised by a man whose job title did not define him and who had unconditional love for all of his children. It was the greatest lesson of all.

“I admire the work he did for our community, the laws he wrote, and the difference he made. But I would be remiss if I did not mention his constant presence. He never missed a basketball game, swim meet, tennis match or ANYTHING I was doing. No matter what trial he had or case he was hearing, he made the time and still does as a grandfather.

“Proud is an understatement for my feelings towards our ‘Judge.’”

To be honest, I always wanted our children to be the best athletes, the valedictorians, the class presidents. I had visions of them growing up to be doctors, lawyers, rocket scientists. But my dreams were not their dreams. Julia is a rock star real estate agent like her mom. Taylor owns his own insurance company. Hugh works for an international oil company. Joy runs a multi-million-dollar assisted-living facility.

I love spending time with each of them and can’t help but smile when I hear them repeat a life lesson I shared with them. Each married well. We have nine grandchildren. Instead of “granddad” or “pa,” the little ones call me “Judge.” I love to hear those little voices.

After the death of Kobe Bryant, I heard a sports commenter say, “Life is not about the records we set but about the legacy we leave behind.”

I am going to do a better job with my ever-expanding judicial family and do my best to leave a legacy of love, service, integrity and hard work. 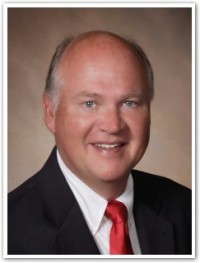 Don Ash served as a circuit judge in Tennessee’s 16th Judicial District for 18 years. He has served as a senior judge the past six years. He and Rita have been married for 32 years. He is a past chair of the NJC Faculty Council and has been a member of the faculty for 20 years.