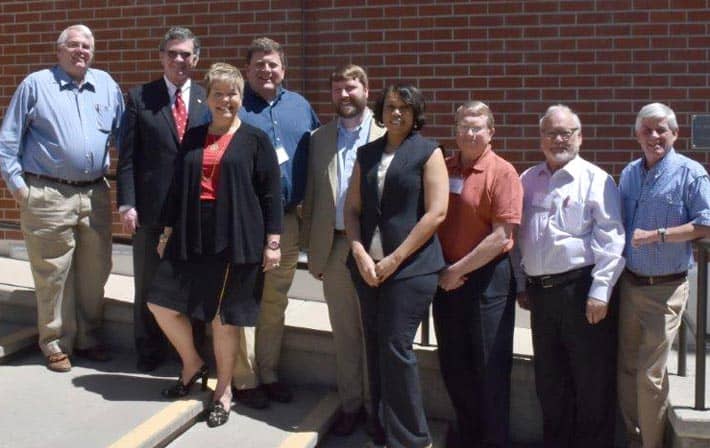 Seventy-two judges from across the country participated in the two-week general jurisdiction course for recently elected or appointed judges.

Judge Brewer said that each teaching and facilitating experience also provides her with a learning opportunity. “It re-energizes me.   I learn something new every single time.”

Judge Harris said that teaching and facilitating group discussions helps him stay current and sharpen his skills. “It’s a real honor to get to do it. I enjoy the study and keeping up,” he said.

Judge Harris said that he communicates regularly with judges he met at the National Judicial College. “I have friends from the Virgin Islands to Alaska to the Marshall Islands, and we keep up with each other ad share ideas and problems across the Internet.”

Judge Harris also is pursuing a master’s degree in judicial studies through the National Judicial College. “At 64 years old, I’m going back to school,” he said.  The program is taught in multiple sessions, two or three weeks at a time.  He also has a master’s degree in church music, as well as a law degree.

The NJC is housed on the historic 255-acre campus of the University of Nevada, Reno. For over 50 years, the NJC has been offering courses to improve judicial productivity, challenge current perceptions of justice and inspire judges to achieve judicial excellence. The NJC is a Nevada not-for-profit 501(c)(3) educational entity affiliated with the American Bar Association, governed by an 18-member Board of Trustees.