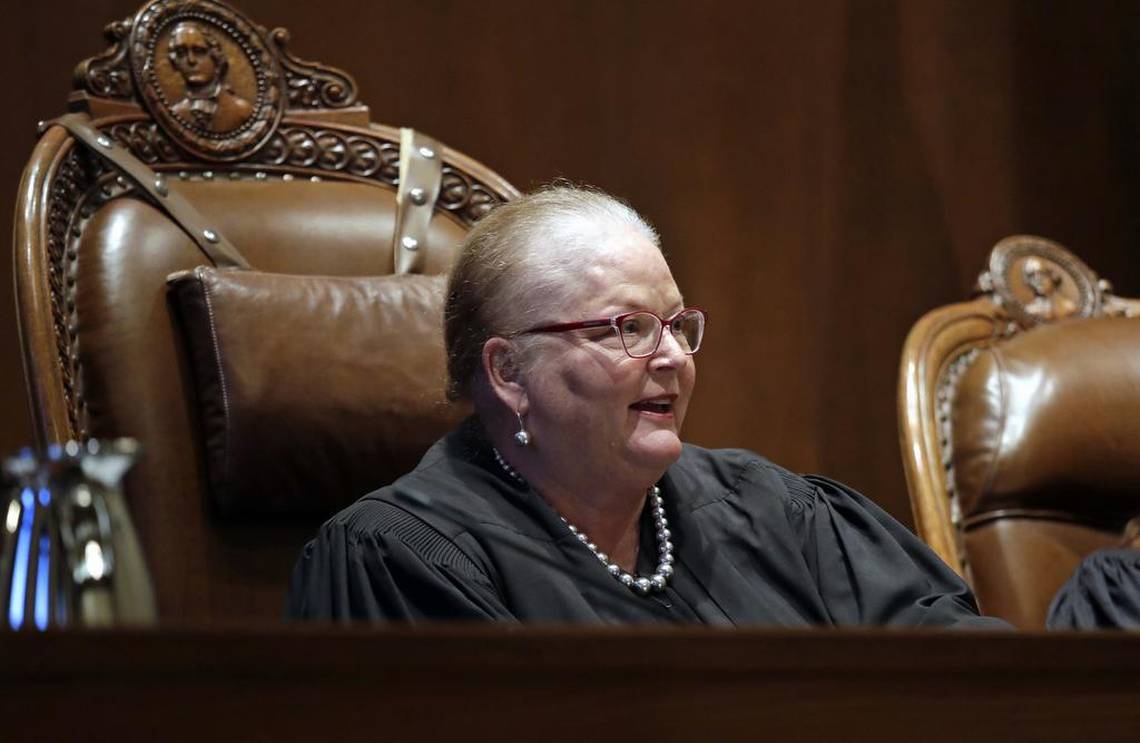 It has much more to do with her life philosophy than echinoderms.

A person walking along the beach early one morning after a storm sees a person off in the distance picking up things from the sand and throwing them into the water. A closer inspection reveals that the person is throwing starfish into the ocean. The storm has washed them up on the shore for miles in either direction.

“What are you doing?” asks the observer. “There must be millions of starfish on this beach. You can’t possibly make any difference.”

As he picked up the next starfish and threw it in the water, he said: “I made a difference to that one.”

The point of the allegory is that even when things seem overwhelming or impossible, one always can make a difference in the life of another.

The former Washington Supreme Court chief justice has always believed in making that effort, even as she fights a recurrence of cancer that forced her to retire from the bench in January 2020.

Two of the most significant cases that came before the court during those years were challenges to the death penalty and to the Defense of Marriage Act, which banned gay marriage. In the death penalty case, she wrote the majority opinion overturning capital punishment in Washington state. In the gay marriage case, she dissented from the majority, which voted to uphold the gay-marriage ban.

Because Mary Fairhurst was Catholic, her dissent raised eyebrows in her parish. A trial judge asked how she could approve of gay marriage when she was Catholic. The church’s teachings prohibit any form of marriage except between a man and a woman.

Her response: “How could I not do it?”

Like other legal experts, including, eventually, the majority of the U.S. Supreme Court, she reasoned that the equal protection clause of the Constitution requires that same-sex couples have the same rights and benefits as heterosexual couples, including the right to marry.

In that respect she was following in the footsteps of the legendary federal judge Frank Johnson, who issued a series of rulings in the segregated South during the 1950s and ’60s striking down laws that denied Blacks equal rights.

Subsequent actions by her state legislature undoing the Defense of Marriage Act and the U.S. Supreme Court’s ruling in United States v. Windsor appear to have vindicated her view.

Mary Fairhurst often warns judges to be cognizant of how people experience their courtrooms because it reflects on the justice system as a whole. If a judge moves a proceeding along too quickly, is rude, or doesn’t appear to care about the participants’ feelings, the parties will tell everyone that the experience was awful and unfair, and they are never going back to a court.

“People don’t care so much about what the outcome is – I mean, they care, of course – but if they had their day in court and they lose, they can accept it if they feel like they were heard,” she said.

The former chief justice’s struggle with cancer began 12 years ago when she was diagnosed with Stage 2 colon cancer, which progressed to Stage 4 and entered her lungs. After treatment she eventually experienced a period with no evidence of the disease, but it returned two years ago. The cancer had spread to four organs.

By the end of 2019, she was too fatigued to continue on the bench. But that didn’t mean she was giving up.

“I wrote to the governor (informing him of the decision to retire) and said ‘I’m not going home to die, I’m going home to get better,’ and that’s what I feel I’m doing.”

Interviewed in February 2021, she said she sometimes has rough days but was encouraged that that her cancer markers were going down. Doctors gave her six months to live — two years earlier. She said she believes in miracles. She said her goal is to make it to age 94. She is 63.

Though her voice has grown squeaky from illness and treatment, she continues to give motivational talks. In addition to the starfish story, she often uses the metaphor of a pebble tossed into a pond. The impact on the surface creates circles radiating out in all directions.

“If you are mad, the circles go out ‘mad, mad, mad.’ So why not put out positive circles?” she said. “Why not put out happy? Why not put out loving and caring and gratitude? Because you have a choice, you get to decide – every day, every moment – how you’re going to show up in the world. How you show up makes a difference for good or for bad. I choose good.”