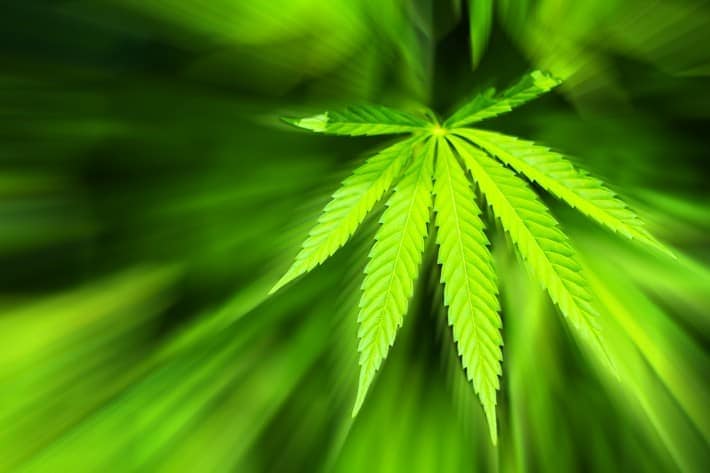 Q&A: Marijuana Legalization and its Impact in the Courtroom
December 19, 2016

Recent data suggests public opinion to be tipping in favor of easing restrictions on the drug. According to the Washington Post, the latest polling shows that the public is in favor of legal recreational legalization in all five states where it’s on the ballot (Arizona, California, Nevada, Maine and Massachusetts).

The results of these elections will have a considerable impact on judges within each states. Not only will judges have to more frequently adjudicate cases involving marijuana, judges will need to keep abreast of the latest science, practices and legislation on the drug.

The National Judicial College (NJC) recently spoke with Hon. Judge Peter E. Schoon, Jr. about issues involving marijuana legalization and its effects in the court room. Judge Schoon is an NJC alumnus and a Larimer County Judge from Colorado, which became the first state to legalize recreational marijuana in 2012.

NJC: In your experience, how has marijuana legalization specifically affected your courtroom?

Judge Schoon: “As a court of limited jurisdiction that deals with misdemeanors and traffic matters, we spend more time addressing bond issues that involve marijuana use while on pretrial supervision, suppression issues leading up to trial, expert witness issues before and during trial, and probation questions related to marijuana use while receiving treatment. On the civil side, we have the occasional eviction case involving marijuana use.

NJC: It appears that some states with legalization have developed a marijuana tourism industry, where people travel to the state for its access to marijuana. Have you seen that in Colorado, and if so, what does that mean for the courts and jails?

JS: “Law enforcement will tell you that the occasional users who work for a living don’t come to stay.  The abusers and dealers do. The local sheriff asserts that marijuana legalization has resulted in more jail overcrowding by homeless tourists who break the law and then refuse to post bond even when able to do so.  Judges are asked to consider this overcrowding when issuing warrants and sentencing defendants who need to be in custody. The processing of minor offenses involving the drug drains resources and draws attention from more serious cases. The impact of marijuana tourism on our neighboring states has received national attention.”

NJC: In regards to marijuana, what are the most frequent kinds of cases you hear since the drug has been legalized?

JS: “Cases involving minors using marijuana are on the increase, and more DUID (Driving Under the Influence of Drugs) cases get filed.”

NJC: As a judge, is there a difference to how you approach an alcohol DUI case compared to a drugged driving case?

JS: “A drugged driving case requires more patience. Most defendants charged with an alcohol offense know it’s wrong to drive under the influence, and they aren’t surprised when told to quit drinking. Marijuana users express an attitude of entitlement and are offended when told to discontinue its use. They confuse our constitutional amendment with an inalienable right. In medical marijuana cases, as in other drug cases, continued use frequently requires an analysis of medical situations, reports, and recommendations for court orders.”

NJC: What does a judge need to consider in regards to a jury trial for drugged driving cases?

JS: “Expect delays getting the case to trial while the parties obtain blood tests and expert witness reports. Demands on labs mean that test results may not be available for a couple of months, and experts necessarily need time to properly evaluate the evidence. As to the trial itself, what might take one day for an alcohol case can take two days if drugs are involved. Whether the case includes prescription drugs, illegal drugs, or a recreational drug like marijuana, presenting evidence of the effects and contraindications on a given defendant can be time consuming.”

NJC: What is the primary difficulty – for both a jury and a judge – when it comes to a drugged driving case?

JS: “As you can imagine, the primary difficulty for a judge is keeping up to date on the legal issues attendant to the case. The difficulty for a jury is different. Today’s citizenry, while probably familiar with alcohol and its effects on people, may be less well-versed in the effect any given drug may have on a driver. This is particularly so when the drug involved has not been FDA approved and subjected to substantial and controlled testing. As a practical matter, marijuana presents even more difficult issues because of its chemical make-up, variations in potency, the number of systems it affects in the body, the different ways it affects different people, and the perception that it must be a good thing because voters approved its use. We are still getting used to the idea that it’s not okay to consume it before getting behind the wheel of a 3,000 pound weapon.”

NJC: Current legislation in Colorado dictates that a person can be found intoxicated if they have five or more nanograms of tetrahydrocannabinol (THC) per milliliter of blood in their system. Yet, that figure is still somewhat debated among certain parties. Is there an effect of having a debated THC reading at a trial, compared to say having a blood alcohol content (BAC) benchmark which is widely agreed upon?

JS: “Most new things take some getting used to. Particularly with diverse literature on the subject, a jury might struggle with the permissible inference arising from the five nanogram benchmark. An article last April included an observation that, “The frequently-debated 5ng/L blood THC per se cutoff showed limited relevance (in indicating cannabis impairment).” Does that mean that the person is just as likely to be impaired if under that benchmark, or just as likely not to be impaired if over the benchmark? It’s still a permissible inference, and other evidence may weigh just as heavily. With the issues noted in the previous answer, the outcome may still depend on the artful presentation of the arguments by the prosecution and the defense, whether for or against.”

NJC: From your perspective, is ongoing marijuana legislation an evolving topic that requires consistent foresight and education for judges?

JS: “Our general jurisdiction judges face growing volumes of legislation and attendant case law that impact commercial law, contract law, real estate law, legal ethics issues, and criminal law.  Judges handling criminal cases must stay apprised of legislative consequences on bond settings, sentencing, and probation. To quote Mark Twain, ‘No man’s life, liberty, or property are safe while the legislature is in session.’ It’s up to educated and informed courts to interpret and apply the law to provide some level of safety.

NJC: What advice would you give to a judge hailing from a state that has upcoming plans for the legalization of marijuana?

JS: “Buckle up and drive defensively.”

The NJC will be hosting a free online course called Properly and Effectively Adjudicating Drugged Drivers from Oct. 30 to Dec. 8, 2017. The course will study all aspects of drugged driving cases, including: determining types of drugs and its effects, utilizing judicial tools specific to drugged driving, and crafting sentences which may include treatment options. The NJC’s web-based courses allow participants to study at any time and interact with many judges from around the country in a collegial online atmosphere. To register, click here.