Reggie kept his eyes fixed on his shoes and answered my questions in a voice barely louder than a whisper. Defendants often act deferential and docile, but I’d never seen a Marine sound this defeated before.

With an average of more than 20 American veterans committing suicide each day, I could feel his hopelessness. It made the hair bristle on the back of my neck.

Reggie’s despondent demeanor scared me. Marines want to change the world, whether by defeating global communism or collecting toys for needy children at Christmas. Within 60 seconds of meeting a Marine you know you’re talking to a veteran. Marines dominate a room with their greetings and laughter. They believe they are the best fighting force on the planet, and they tell everyone.

In my Indianapolis Veterans Court office, Reggie’s appearance had none of the joy and determination usually exhibited by Marines.

Things were never very stable at home growing up, but Reggie got married, had a son, and served his country. Reggie’s life fell apart when his brother, who struggled with pain and depression, killed himself. Reggie earned his honorable discharge and left the Corps, but his wife left him soon after, taking their son.

When I met Reggie he had been arrested for stealing a handgun while drunk and trying to sell it. He reported using marijuana to fight pain and seizures, and he resisted going back to the VA hospital, which he blamed for his brother’s death.

Not long after he joined our veterans court program, Reggie’s mom died, he lost his construction job, and he faced homelessness. His attorney, who also has a son disabled by his military service, helped us convince Reggie to quit using marijuana and to engage in physical and mental health treatment.

Today Reggie receives a disability pension, sees his doctor and therapists, and shares custody of his son. He is tougher than the obstacles he faces and is building a new life for himself and his family.

Reggie’s story is as inspiring as it is devastating, but it’s not unique. I’ve worked with many veterans who suffer silently, cut off from other veterans in a civilian world that doesn’t understand their experience or how to help them.

Indiana has the fourth-largest Army National Guard in the nation, and our veterans are heavily concentrated in central Indiana. Most veterans find success in civilian life similar to their accomplishments in the military. Unfortunately, many veterans struggle from head injuries, depression, stress, or substance abuse. Although they are arrested at a lower rate than the overall population, between 30 and 40 veterans are arrested each week in our community.

We opened the Indianapolis Veterans Court in 2015 to help veterans access VA resources for health care, housing, vocational rehabilitation, and mental health treatment, and to avoid new arrests. Most veterans are eligible to have their charges dismissed at the end of our program if they avoid new arrests and continue with treatment.

Each Friday I get to work with veterans who’ve done hard things I didn’t have to. They served in Bosnia, Iraq, Afghanistan, and throughout the Pacific. These veterans jumped out of airplanes, steered aircraft carriers, and blew up obstacles.

Without the structure of the military and being surrounded by co-workers they depend on to protect them and share values, many veterans struggle to find purpose and feel isolated in the civilian world.

We match our veterans court participants with veteran mentors to reconnect with the sense of values, mission and team they lost when they left military service. Meeting a veteran mentor often is the first step on a participant’s path out of the criminal justice system and back to normalcy. It’s never that easy, though.

Tim, an Army veteran, recently told me, “Judge, your program’s easy, once I quit using drugs!” We laughed, but three weeks later Tim relapsed on heroin because it’s hard to quit using drugs.

The difference for Tim has been the soldiers and treatment professionals who stand by him no matter what. Tim doesn’t have to do hard things alone. Just like in the Army, he excels because he’s part of a team – consisting of counselors, mentors and veterans court personnel – that helps him reach his goals and holds him accountable. He recently finished an in-patient treatment program, got an apartment, and is starting a job again.

Many veterans struggle with things we take for granted. Thomas, a sailor with depression and addiction, lost his license for unpaid traffic tickets and lost parenting privileges to his son for overdue child support. A soldier named Leah lost her license but was unwilling to miss driving her mother to chemotherapy appointments. She had panic attacks whenever she heard a siren while driving, fearing another trip to jail.

Richard, a Marine, answered every question I asked with “Fine,” or “I’m good.” Any time a paper rustled on the desk behind him or someone entered the room, he looked over his shoulder reflexively, “checking his six” (looking behind him) to verify the noise wasn’t a threat.

I feel safe in court with a sheriff’s deputy, but the paper rustling sent Richard’s stress level soaring, reminding him of combat. Although Richard still won’t open up to me in court, he now talks to our staff in their offices and speaks during vet-to-vet meetings.

Our veterans tell fascinating stories about their time in service and their families, sometimes through laughter and often with tears. It is our privilege to help them recover their strength and pride to defeat the isolation and symptoms that too often takes the lives of veterans in crisis. 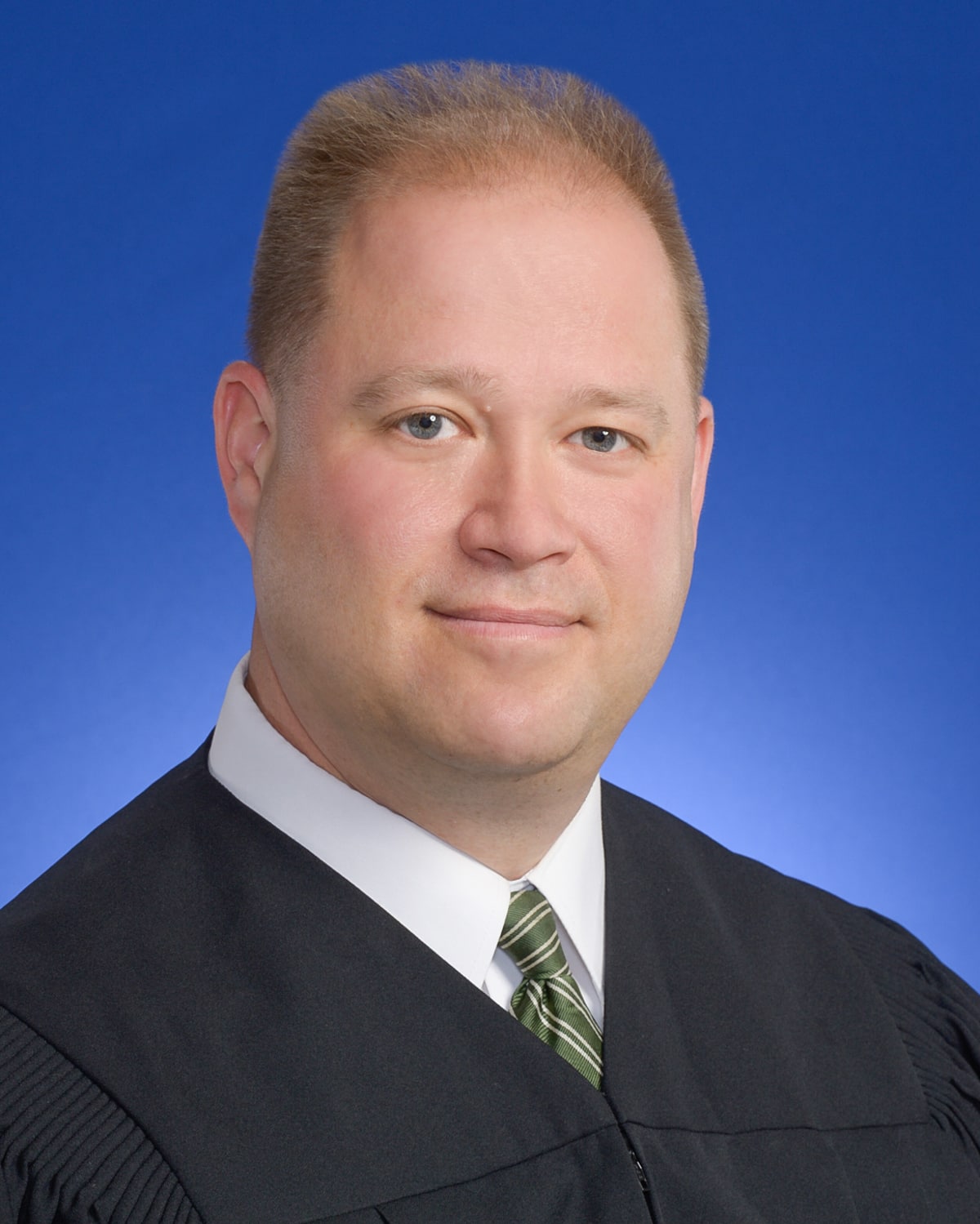 Judge David Certo opened the Indianapolis Veterans Court in October 2015 after managing two other problem-solving court dockets. He was appointed to the Marion Superior Court in 2007 and served as its presiding judge in 2013 and 2014. Judge Certo graduated from the University of Notre Dame and the Indiana University McKinney School of Law. He received the Outstanding Eagle Scout Award and recognition for fighting domestic violence in central Indiana, but he is not a veteran.