Comparing my lives as a trial judge and an appellate judge
April 23, 2018

By Hon. Samuel A. Thumma

From time to time, I am asked to compare my experiences on the trial bench (for nearly five years) and the appellate bench (for nearly six years and counting). There are many differences, but let me address just five.

As a trial judge, I had a steady diet of juvenile cases (for three years) and criminal cases (for nearly two). Had I stayed on the Superior Court, I would have rotated to family and civil calendars at some point. This rotation system allowed a deep, prolonged dive into the specific area of the law.

As an appellate judge, I decide a wide variety of appeals and interlocutory challenges from trial courts and administrative agencies involving civil, criminal, family, juvenile, probate, mental health, workers’ compensation, unemployment benefits and other legal issues. The variation is wonderful and builds on my earlier civil practice and time as a trial judge.

As an appellate judge, my most limited resource is conference time, when we gather to discuss resolution of cases and hear oral argument. In our court, judges as well as staff attorneys, law clerks and externs attend conference. This is a wonderful opportunity to see the decision-making process firsthand. But conference time is limited, and every minute of inefficiency at conference is multiplied by the number of participants. So I do what I can to prepare in advance and to use conference time most effectively.

As a trial judge, I issued countless written rulings, but the primary form of communication was orally in open court. The primary feedback I received was in-court responses from lawyers, parties or jurors, sometimes verbal (particularly questions) and sometimes non-verbal (reactions, confused looks). Often, this feedback was routine, but sometimes it was particularly memorable. One time a criminal defendant, after concluding a plea colloquy, thanked me for treating him with respect. Another time a juvenile told me he had learned his lesson and didn’t ever want to be in criminal court, where he would have to answer to a “real judge,” which I understood and which made me smile.

As an appellate judge, the decisions I write or join are my primary form of communication. They are read by others outside of my presence. No instantaneous questions, reactions or confused looks. The feedback I receive is less direct and includes survey responses by our Judicial Performance Review Commission, comments I receive from my former trial judge colleagues, and responses to my efforts to solicit feedback and comments at seminars and elsewhere.

As a trial judge, I was surrounded by other judges. The Maricopa County Superior Court has more than 160 judicial officers, and I was always in a courthouse with many other judicial officers. But we were silos other than when we were working on committees or getting lunch or coffee. I was almost never in another judge’s courtroom. And although I would seek legal insight from judges, it was always in cases that remained mine.

As an appellate judge, I sit on a panel as one of three judges who resolve cases collectively. We discuss, debate, agree and disagree on issues; we share drafts and edit each other’s drafts. We resolve hundreds of cases collectively each year. In addition, our panels rotate, so I get a chance to work closely with many judges each year. In a meaningful way, I interact with other judges substantively far more as an appellate judge than I did as a trial judge.

As a trial judge, I dealt with the human condition all day, every day. And it could be raw. I heard sobs and wails of sorrow and grief, saw emptiness and despair in victims’ families and friends, and sadness and loss in family members of defendants who would be going to prison for many years. A few times, I saw the same individual in criminal court whom I had seen in juvenile court, crisply showing that the juvenile system hadn’t served its purpose. On very rare occasions, I saw tears of joy when I had the privilege of presiding over adoptions.

As an appellate judge, we deal with the “cold record.” We never hear live testimony and almost never see the parties. But I try hard, every day, to remember that being a judge involves dealing with the human condition. It is fair for people to view their case as the most important case the court will decide. I don’t see the raw emotions I did as a trial judge, but I try hard to remember that each case is about people.

Go above and beyond with this leadership course

An NJC faculty member once observed, “No judge aspires to be average.” A desire to do more than the ordinary is why many judges take on projects to improve their courts, community or the justice system. Leadership for Judges provides the tools to be a leader on and off the bench, from project management to mindful leadership. 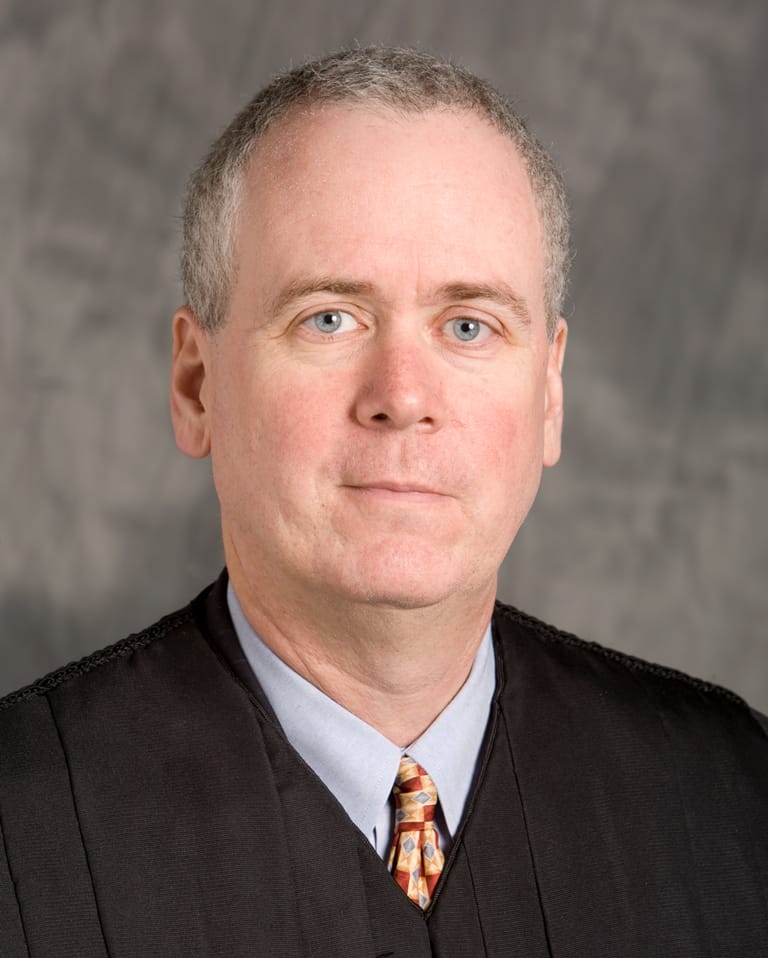 Since 2012, Chief Judge Thumma has served on the Arizona Court of Appeals, Division One. He previously served as a judge on the Arizona Superior Court in Maricopa County for nearly five years. He began his career as law clerk and then an attorney in private practice for nearly two decades. He thanks his judicial assistant, Heather Marking, and his law clerk, Laurie Anne Thorhaug, for their helpful comments during the writing of this article. The views expressed are solely those of the author and do not represent those of the Arizona Court of Appeals.