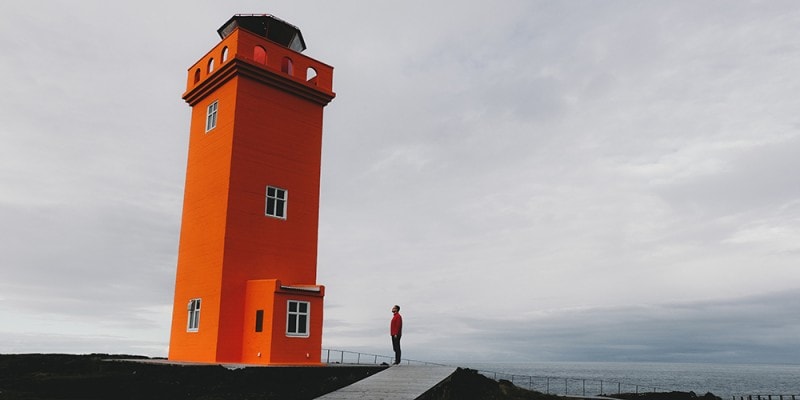 This September I will have served on the bench for 25 years. I have presided over divorce trials, medical malpractice lawsuits, sat on appellate panels, and been involved in numerous murder trials, including two death penalty cases. I was honored to be elected president of the Tennessee Judicial Conference in 2001, and I have served as a faculty member of The National Judicial College for almost 20 years. Many would say I have had a pretty good career. We all have heard the saying “Old dogs can’t learn new tricks.”  This old dog has learned some of my most valuable life lessons in the past two years that I sincerely wish I had learned decades ago.

About two years ago I was teaching for the NJC in Bar Harbor, Maine. Class dismissed early one day and a number of students wanted to take a ferry boat ride to see an old lighthouse. I love to see new sights and I tagged along with my fellow judges.

When we arrived at the lighthouse I was amazed by how many huge rocks surrounded the small island that was home for this beacon to travelers by sea. I was somewhat nervous as we bounced up and down on the waves as they crashed all around me. I was happy when we got back to Bar Harbor, but that night I took some time to reflect on what I had observed.

The lighthouse gets pounded by not only the waves but also terrible storms. I thought, “How does the lighthouse respond to its trials and tribulations?” It simply keeps shining its light to help others.

I thought about my time as a husband, a dad, a friend and a judge. Many times I was a tank shooting my wisdom with a precise explosion – never yelling or being abusive but certainly not tolerating what I perceived as a failure in character or in presentation. I now keep a picture of the tank/lighthouse on my bench to remind me of my choices when I make decisions. I fall short regularly, but I want to strive to be a lighthouse.

My mother and stepdad both were teachers and I have always loved having the opportunity to follow in their footsteps. I have spoken to numerous judicial conferences across the country as well as teaching civil procedure for the Nashville School of Law. In my presentations, I always try to play some video clips that relate to the subject matter.

Almost a year ago, I ran across basketball coach Jimmy Valvano’s ESPY award speech. He was dying of cancer. I had heard it before but simply had forgotten his powerful words. There are so many great messages in his speech, but my favorite is, “If you laugh, you think, and you cry, that’s a full day. You do that seven days a week; you’re going to have something special.”

If we are not careful, our service on the bench can desensitize us to life around us. We get caught up in dockets and trials, losing sight of the joys of life around us. On the day I wrote this article I had done some research on a fraud trial, laughed when I saw an inmate on a trash pickup crew meeting his obligation while riding a golf cart down the median of a four-lane highway, and silently wept when I watched a video about an adult son dealing with his mom and her Alzheimer’s disease. It was a full day!

In the last year, our Tennessee Judicial Conference has focused on mindfulness.  When they first started this discussion I was not sure what this subject concerned. When the word “meditation” was mentioned, my mind raced to a picture of judges sitting cross-legged on the floor chanting. I was very skeptical.

I was impressed, however, when two judges whom I greatly respect told me they were trying to do this on a daily basis and had found it helpful. I resisted adding something else to my already full plate but last month signed up for an app on my phone that helps one learn how to meditate. I don’t have to chant, and no incense is involved. For the last 25 days I have struggled to find just 10 minutes a day to simply be still and listen.

When I take advantage of my daily meditation I always learn something. A friend of mine told me last week I seemed calmer. I was shocked.  Serving as judges, many of us see the worst of our society. I still have in my mind murder scenes and autopsy photographs. Many of us are Type A personalities who are constantly driven to achieve new goals. I would challenge each of you to sit still for just five minutes without your mind thinking about the next project or obligation.

Mike Papantonio, who wrote the book Clarence Darrow, The Journeyman, has one of my favorite quotes: “It is as if we were all traveling on a bus with all the shades pulled down. Most of the trip we spend squabbling with each other about who deserves the better seats. It rarely occurs to us to lift the shade and look at the landscape rushing past or even deciding where we are going.”

Through my efforts on being a lighthouse instead of a tank, enjoying the emotions of each day, and learning to be still, I am slowly learning to open the shades on my bus. I wish the same for each of you. 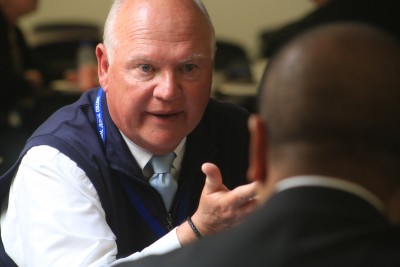 Don Ash served as a circuit judge in Tennessee’s 16th Judicial District for 18 years. He has served as a senior judge the past five years. He and his wife, Rita, have been married for 31 years and have four children and eight grandchildren. He is a past chair of the NJC Faculty Council and has been a member of the faculty for 19 years.