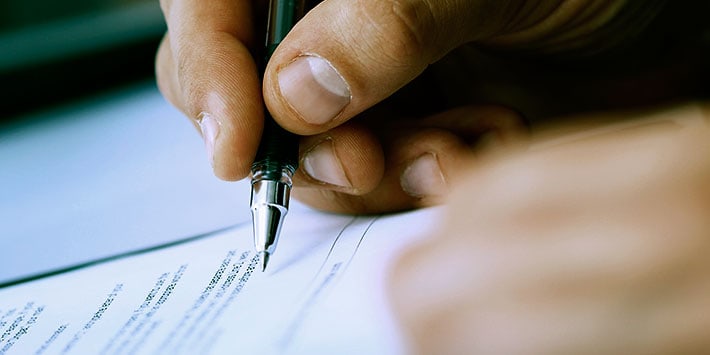 The Prior Statement: If It Isn’t Signed, Is It Impeachment Material?
April 20, 2016

How should judges approach a case where a testifying witness faces impeachment, but the impeaching document was not created or adopted by the witness?  What is the rule when the impeaching lawyer has a report by person “B” that avers what testifying witness “A” allegedly said?  The rule, as is developed below, should be to allow the impeachment if the examiner has a good faith reason to believe the statement was made.

The impeachment of a witness with her/his own words, showing a change of story that establishes poor memory, unreliability, or outright mendacity, creates excitement in the courtroom.   As explained by Wigmore, “the purpose is to induce the tribunal to discard the one statement because the witness had also made another statement which cannot at the same time be true.”  3A Wigmore, Evidence § 1040 at 1048 (Chadbourn rev. 1970).  See also, United States v. Damatta-Olivera, 37 M.J. 474, 477-478 (C.M.A. 1993).  A Pennsylvania case put it more eloquently:

The question of credibility sometimes depends on the slightest inclination of the scales. Where the jury is in doubt as to whether or not to believe a witness, the smallest feather of a palpable exaggeration or an inconsistency in a witness’s statement on a minor point may be the very item to tip the scales and discredit the witness on his main testimony.

The impeachment may be done with ease when it is the witness’s own document – be it a diary entry, email, text message, letter, or sworn testimony.  But what is the law when the alleged inconsistent statement is found in a third party’s account, such as a police report or news article?  Is it the witness’ statement or that of the author/recorder; and without the author-recorder there to confirm its accuracy and integrity, is it fair game for counsel to ask about?

Let’s place this question in context using a hypothetical case.  Consider a robbery trial where the accused has a prominent mustache.  Eyewitness Jones testifies at trial that the accused could not have be the perpetrator because the robber was clean-shaven. The prosecution has a police report prepared by Office Smith.  The document states the following:

I, Officer Smith, was responsible for the investigation.  When I spoke to him 15 minutes after the crime Jones said “the robber definitely had a mustache.”

Jones neither signed nor otherwise confirmed the police report.

Regardless of the availability of Smith to testify, there should be no question that Jones may be asked the following:

Q: Today, you said that the accused, who has a distinctive handlebar mustache, could not have been the robber because the robber was clean-shaven. Correct?

Q: Isn’t it true that 15 minutes after the crime you told the police “the robber definitely had a mustache?”

Indeed, the same should be true if the information is third-hand.  Imagine a report that read:

I, Officer Smith, was responsible for the investigation.  My sister Officer told me that she spoke with witness Jones 15 minutes after the crime and that Jones said “the robber definitely had a mustache.”

Why is this so?  The general rule, if not sole requirement, is that “[t]he questioner must have a reasonable basis for asking any question that implies the existence of an impeachable fact.”  State v. Fair, 2011 Ohio App. LEXIS 3680, *20 (Ohio Ct. App., Montgomery County Sept. 2, 2011).  [Indeed, Ohio makes this “reasonable basis” threshold explicit in its version of Evidence Rule 607.]

There are two conceptualizations of what constitutes “reasonable basis,” sometimes termed “good faith.”

The second good faith view treats it as a rule of reasonableness; specifically, as long as the examiner has a reasonable basis for believing the impeaching fact is true (for example, that the previous inconsistent statement was made) he is operating in good faith. Thus, if the examiner’s basis for impeachment is a hearsay report, made by someone other than the witness, and the report nevertheless seems authentic and reliable, she may assert the impeaching fact contained in the report.

Decisional law seemingly favors the more lenient approach and does not require the questioner to have the report-writer available to validate the report.  “Just as the district court did not violate any common law doctrine in admitting Gregg’s unsworn statement, it also did not abuse its discretion under the Federal Rules of Evidence.”  United States v. Letner, 273 Fed. Appx. 491, 495-496 (6th Cir. 2008).  A second case makes the same point:

In his 20th allegation of error, the defendant contends that it was error for the court to permit cross-examination of defense witnesses through the use of FBI 302 reports, which were reports, prepared by FBI agents, setting forth their recollection of interviews with the witnesses. These reports were not statements signed by the witnesses.

We ruled at trial that these 302 reports could be used as a basis for impeachment pursuant to Federal Rule of Evidence 613, provided that a proper foundation was established. Prior statements need not be in writing; a witness may be impeached by prior oral statements. However, before impeachment by a prior inconsistent statement, a proper foundation must be laid to establish that it is in fact his statement. To satisfy this requirement, the cross-examiner must ask the witness whether he made the alleged statement, giving its substance and naming the time, place and person to whom made…[Here], the witness was afforded an opportunity to explain or deny the statement.

In our hypothetical, had the Officer been available a denial by the witness could have been met with police testimony that the witness had said the words “the robber definitely had a mustache.”  But the same right to question must apply even when the report writer is not present, and the question to the testifying witness is the only means to see whether an inconsistent statement had been made.  The witness might admit to the inconsistency; and if there is a denial or a claim of “I don’t remember,” the trial goes on and the alleged contradiction gets no mention in closing argument.  This is because “questions are not evidence.”

On several occasions, defense counsel tried to get Jane to admit that during prior interviews she had given answers that were inconsistent with her trial testimony and exculpatory toward her father. However, Jane repeatedly denied that she made the prior inconsistent statements. Technically no affirmative evidence was presented to the jury by this questioning, because it is black letter law that questions asked by counsel are not evidence.

We can save for another day whether jurors really ‘get’ this, or that the admonition that “questions are not evidence” really works, especially where the questioner is a prosecutor and presumed to be asking questions grounded in truth.  As one court emphasized, “Of course, the jury was told that the lawyer’s questions are not evidence, although not contemporaneously. But the sting survives such instructions…” United States v. Cudlitz, 72 F.3d 992, 999 (1st Cir. 1996).  For now, however, except for any Rule 403 concerns, where there is a reasonable basis to believe the statement was made, the questions must be allowed.

Jules Epstein is a professor of law and Director of Advocacy Programs at Temple Beasley School of Law in Philadelphia. He has served as faculty for The National Judicial College since 2007.