This Land is Our Land? Two changes Native people would appreciate
November 23, 2020

Some years ago I was teaching an Indian Law Sovereignty class for the National Indian Justice Center in Las Vegas. In class was my friend Mr. Charlie Hill, Oneida Tribal member and famous comedian.

This is how he talked about his frustration with manifest destiny and the loss of traditional tribal lands:

“I flew here from Wisconsin, and they put me in the middle seat because the plane was fully loaded. Two WGs (white guys) were on either side of me, and they not only had the window and aisle seats but they wanted to spread out and use my armrests.

“Well, I decided that was enough. Not my armrests, you don’t.  Your people stole our land, our families and our horses – by gawd, you are not going to take my middle-seat armrests!”

Understandably, Indian people are a little touchy about land issues and their armrests.

A little background is in order.

Tribal people traditionally did not have a concept of land ownership or ownership of property affixed to land like square houses. We actually did not believe an individual could own land or take it with them. But we did believe in traditional use of land and its resources. We knew the land we occupied as a tribal people and protected our traditional territory. We do not have a tribal word for wilderness in our language unless you count Washington, D.C.

Since the late 19th century, the land on Indian reservations has been considered “trust” land. That is, the land is held in trust by the federal government and administered by its Bureau of Indian Affairs for the benefit of individual Indians and Indian tribes situated on it.

Trust land is restricted in how it can be transferred, sold, leased or even probated. Any transaction involving trust land requires approval from the United States, usually through the Bureau of Indian Affairs.

Because of this restriction, neither individual tribes nor individual Indians are allowed to use trust land as collateral to leverage or finance for houses, land consolidation or other economic development. This keeps trust land, and our people, at a disadvantage and may prevent transfer of consolidated land to future generations.

Probate of trust lands on reservations nationally is part of the trust responsibility administered by the Bureau of Indian Affairs Office of Trust Services, Division of Probate. This process takes too long and has historically been – and continues to be – a nightmare.

I have heard that nationally there is a 23,000-case backlog of Bureau of Indian Affairs probate cases involving trust land. Sometimes the probate does not start for 10 to 50 years after death. A friend of mine said his auntie died in 2006, and before probate for her trust land could begin they had to finish her grandfather’s case. He died in 1971.

My grandmother died in 1981. We received a probate notice of her estate in 2017. I heard one probate took 59 years to be initiated.

These examples illustrate the bureaucratic foul-ups and delays that create delays and distrust of the system.

Here’s one more complication: Bureau of Indian Affairs probate regulations from 2008 define permanent improvements on trust land, like a house, to be non-trust property and not subject to probate. In the rest of the world, anything permanently affixed to land is considered part of the land and included in probate.

The Bureau of Indian Affairs definition makes it harder to finance homes on trust land or transfer land value to the next generation. It also makes it difficult for Indians to keep lands maintained or productive.

November is Native American Heritage Month. If the U.S. government would address its backlog of probate cases and revise its counterproductive definition of property on trust land, there would be reason indeed for thanksgiving in Indian Country. 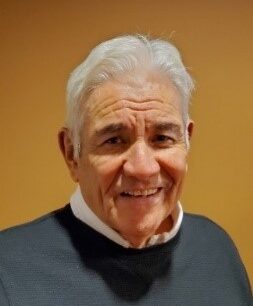 William Johnson is a member of the Umatilla people and has served as chief judge on the Umatilla Indian Reservation in northeast Oregon since 1988. He was chair of the General Council and Board of Trustees of the Confederated Tribes of the Umatilla Indian Reservation and president of the National Indian Justice Center. Personal Statement: It has been an honor to serve my family, Tribe and community these many years – they fostered, mentored, promoted, supported and educated me. I am very grateful and appreciative. I am also very proud and joyful for our 12 grandchildren who are the heart of our family.

The currency of character

My mother always called me a “character.” It was not meant as a compliment. Like most children growi...

Here are the books recommended by judges to give to judges

If you’re thinking about buying a book as a gift for a fellow judge this holiday season, here are more th...