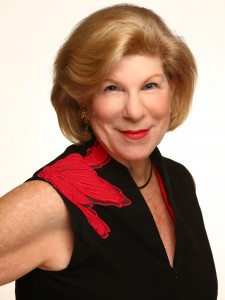 What do judges want to ask Nina Totenberg? Here’s what you said.
December 10, 2018

December’s Question of the Month was unusual in that it asked our judicial alumni for questions instead of an answer.

With the College about to present one of the biggest events in its history – a nonpartisan national symposium for judges and journalists Dec. 13 at the National Press Club in Washington, D.C.– we asked judges what they would like to ask Nina Totenberg, NPR’s legendary Supreme Court and legal affairs correspondent.

That’s because the famed radio reporter will be our guest for a conversation during lunch at the historic symposium, which is titled “Undermining the Courts and the Media: The Consequences for American Democracy.” Read more about the program’s all-star lineup and register (only about 50 seats remain) here.

NJC President Benes Aldana will be interviewing Totenberg in the noon hour, and you can watch the conversation – and the whole program – on livestream here.

In the survey, the two most commonly suggested questions to Totenberg were:

One judged asked, by way of a compliment: “How do NPR reporters stay so neutral and produce such fair and balanced stories when so many others seem to be more interested in promoting their own political agenda?”

But this was countered by: “Given NPR’s editorial bias, is it possible to accurately report on the Supreme Court?”

Many questions involved democracy and politics, especially President Trump and the confirmation of Judge Brett Kavanaugh to the Supreme Court.

“Is the historical myth of a non-political Supreme Court now been debunked by the actions of the Senate over the last three years and the influence of political positions in the selection of justices by the current executive administration?” asked one judge.

Here are some of the other suggested questions:

December’s survey also asked what grade judges would give to Totenberg’s coverage of the Supreme Court. Approximately 80 percent of voters awarded her an A. She scored the equivalent of a 3.53 GPA based on all votes cast.